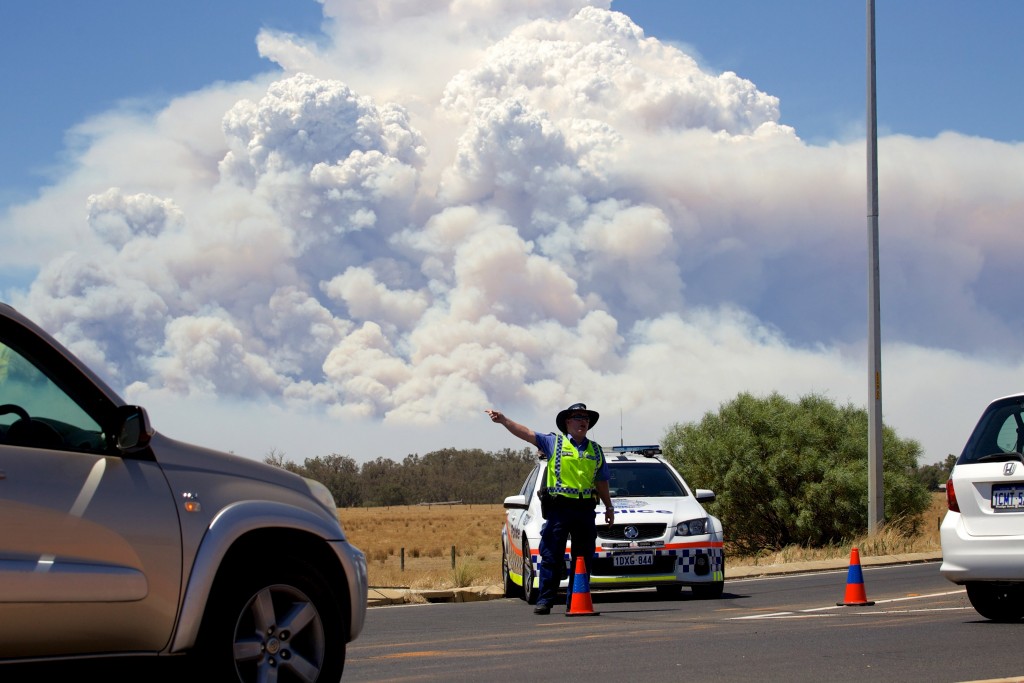 A major bushfire in Western Australia destroyed nearly 100 homes and left three people unaccounted for as it tore through a small rural town south of Perth, emergency officials said on Friday.

“I believe we’ve had what I would suggest are catastrophic losses within Yarloop,” said Wayne Gregson, Western Australian Fire and Emergency Services Commissioner.

The bushfire, which had already razed 53,000 hectares (130,965 acres) of land this week, ripped through Yarloop on Thursday night, population just 545, fanned by blustery hot winds. Around 95 homes were destroyed, along with the post office, shops and the town’s fire station, said local media.

“It just got out of control … after that, it just ripped through, it was quite scary,” volunteer firefighter Jesse Puccio told the Australian Broadcasting Corporation. “It’s like when you see in the war when the napalm bombers go through.”

Alcoa Inc. said two of its buildings have been destroyed but its Western Australia aluminum refining operations have not been affected by the fire.

The bushfire in Western Australia is the latest in a series of fires that have razed parts of the country amid sustained hot, dry weather.

Wildfires are an annual summer event in Australia, but rising temperatures have prompted some scientists to warn that climate change could increase the length and intensity of the summer fire season.

Australia experienced its fifth hottest year on record in 2015, according to the Bureau of Meteorology, which has been keeping statistics since 1910.