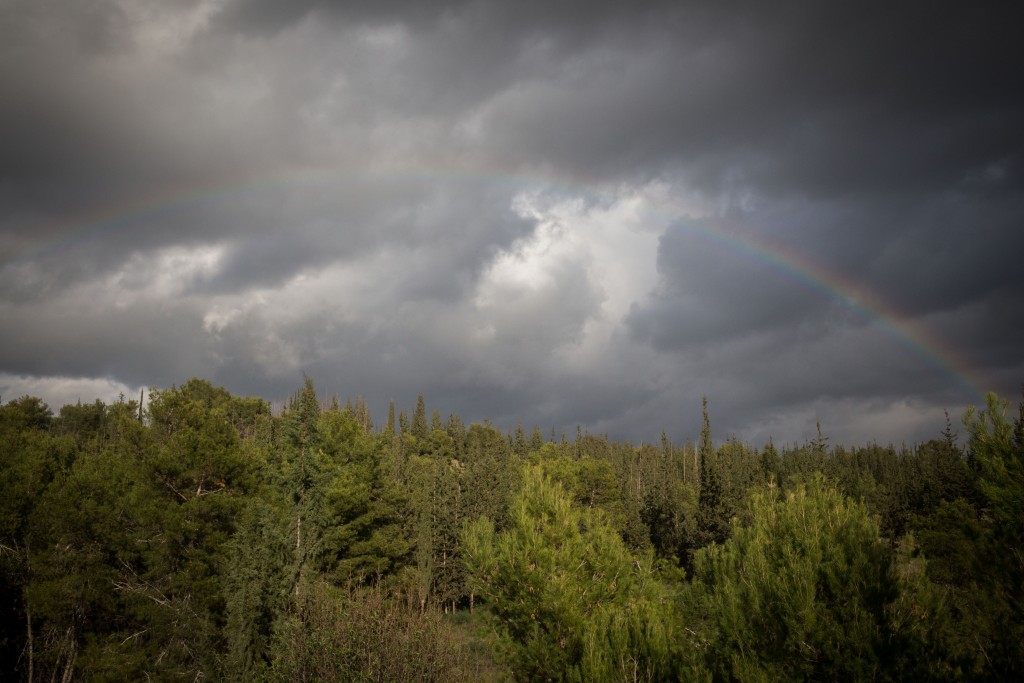 A dust storm brought large amounts of air pollution to Israeli skies Friday morning, as flights to and from Eilat and at Tel Aviv’s Sdeh Dov airfield were canceled. Flights are still going into and leaving Ben Gurion Airport, but officials said that significant delays were likely, as they were attempting to space landings and takeoffs further apart to reduce hazards.

Health officials called on the elderly, children, and those with health issues to “avoid excessive physical activities outdoors.” Forecasters said that the dust storm would settle later in the day, as heavy rains hit the region.

Temperatures are expected to sink later Friday, as a major cold front moves into Israeli skies. Temperatures are likely to fall to the single digits in Jerusalem later in the day, and remain low through Motzoei Shabbos. With that, forecasters said, it won’t be cold enough for snow, except on the Chermon, where snow has been falling since late Thursday.

A cloudburst over the eastern Galilee helped increase the water level in the Kinneret by 2 centimeters within just a few hours, officials said. Overnight Thursday, some 30 to 35 millimeters of rain fell throughout the night Thursday, they said.