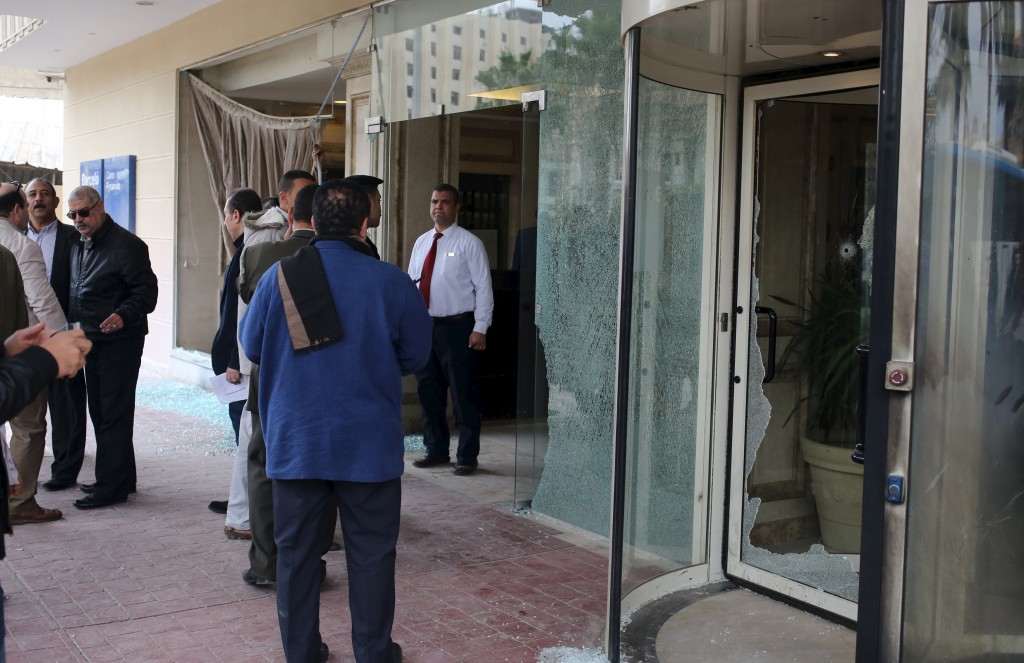 Terrorists on a motorcycle opened fire on Israeli Arab tourists as they boarded a bus in Cairo on Thursday.

An Egyptian security official says there were no casualties in the incident at the Three Pyramids Hotel. The terrorists opened fire at the hotel, close to the Giza pyramids, causing some damage to the hotel’s facade.

One terrorist was arrested at the scene and security forces surrounded the other attacker in another part of Cairo, said security sources.

Tourism is a pillar of the Egyptian economy, which has been struggling to recover from political turmoil triggered by the 2011 uprising that toppled Egypt’s president, Hosni Mubarak.

Islamic State’s Egypt affiliate has said it planted a bomb on a Russian passenger plane that crashed in the Sinai on Oct. 31, killing all 224 people onboard.