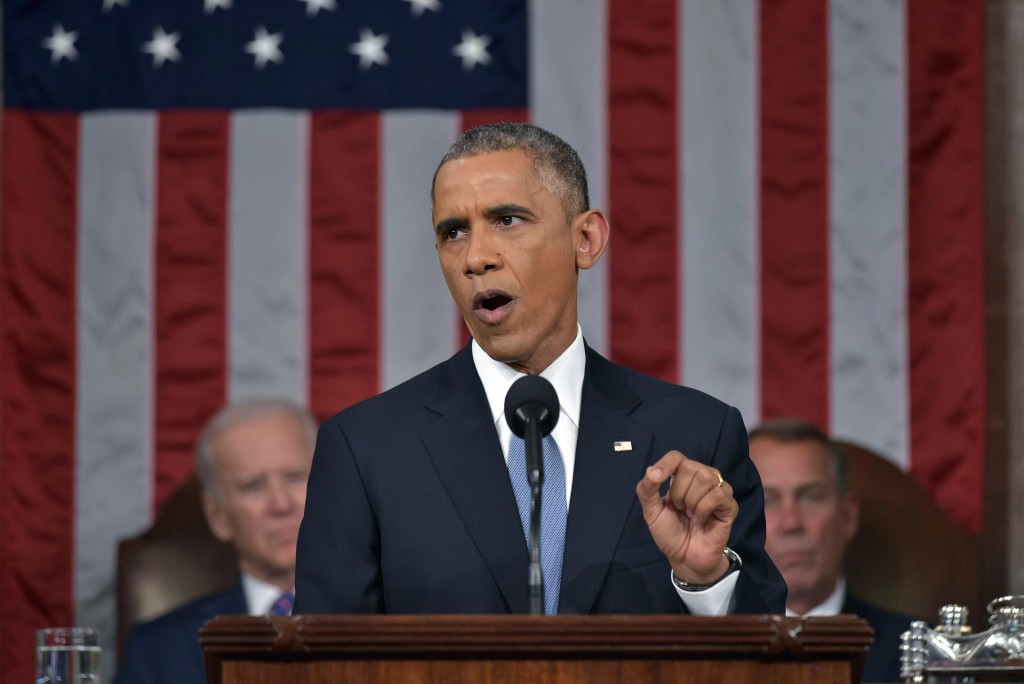 Perhaps the surest prediction about the next State of the Union Address is that it’s going to be the last speech afforded that lofty title for fully two years. The second reliable forecast is that on the night of Jan. 12, President Barack Obama will take a nontraditional approach to his final annual appearance before a joint session of Congress.

The first of those expectations is borne of modern precedent; the second comes from the White House itself.

Gerald R. Ford was the last lame duck who came to the Capitol to deliver a State of the Union in the waning days of his presidency. (“There is room for improvement, as always, but today we have a more perfect union than when my stewardship began,” he declared on January 12, 1977, the last time the speech was as early on the calendar as it is this year.)

Four years later, Jimmy Carter sent an exhaustive written report to Capitol Hill a week before leaving office. But the four subsequent presidents all allowed their final election-year addresses to stand as the last word.

And so, while this will be the first State of the Union with Paul D. Ryan looking over the president’s shoulder from the speaker’s chair, it will very likely be the final time Obama stands on that rostrum.

And there will be speculation about the identity of the most notable person missing — the so-called designated survivor, an official in the presidential line of succession who’s taken safely far from the Capitol and guarded by the Secret Service for the night, so there will be some continuity in the American government if the unthinkable happens. (If no Cabinet secretary gets tapped, the assignment could fall to 81-year-old Republican Orrin G. Hatch of Utah, who as the longest-serving current member of the majority is Senate president pro tempore, No. 3 in the pecking order after the men seated behind the president.)

Like so much else in Washington, the whole thing used to be on a fundamentally smaller and simpler scale.

For more than a century, the president fulfilled his responsibility by delivering a thick and bureaucratic report that also amounted to his budget request. Woodrow Wilson decided it was a smart idea to use the State of the Union to sell his agenda in person — and a joint session once a year to hear him out has been the default setting since 1913.

The bully pulpit has expanded as technology has changed. Since Calvin Coolidge in 1923, the speech has been on the radio. It’s been nationally broadcast since Harry Truman’s address in 1947. Lyndon B. Johnson moved the proceedings to the evening in 1965, while webcasts began early in the tenure of George W. Bush.

Now the audience may have maxed out. The Nielsen ratings don’t include those digital live streams, but they nonetheless show steady and steep drops in viewership for Barack Obama’s speeches. He got 20 million fewer sets of eyeballs last year than in his first speech to Congress — a drop of 40 percent, to 31.7 million people in 2015, the smallest audience in 15 years.

Next week’s speech is Obama’s final chance to reverse the trend, which seems decidedly like a long shot.