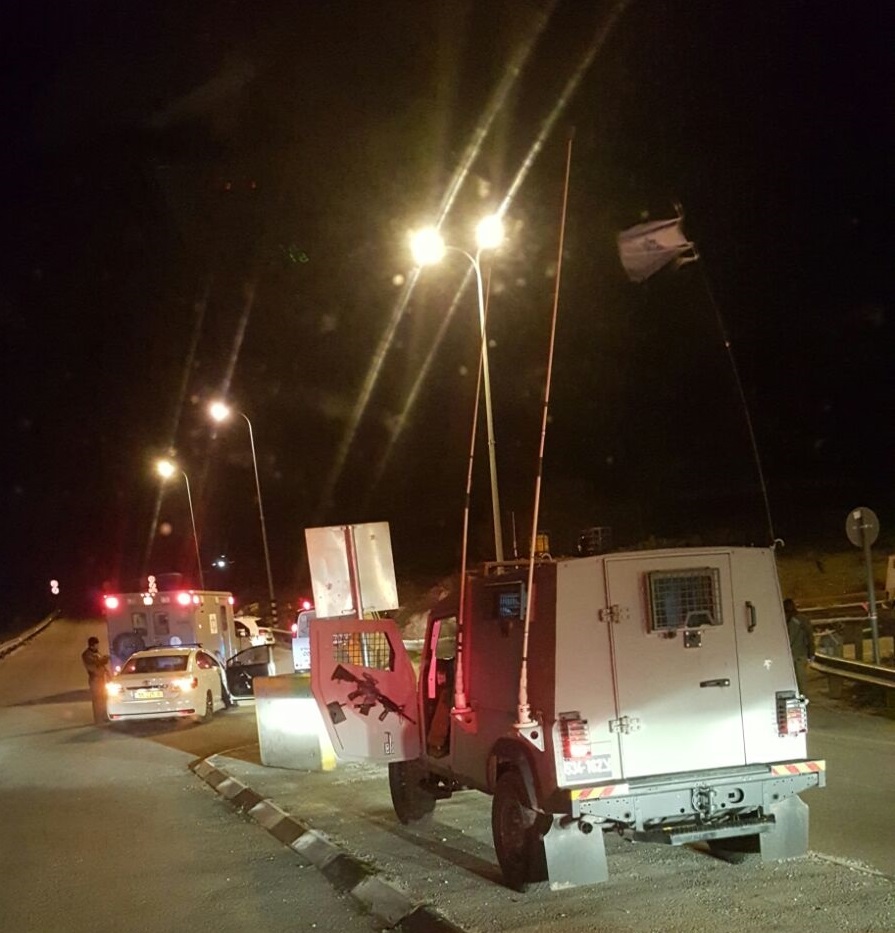 An attempted coordinated stabbing attack by three Palestinian terrorists was thwarted by IDF soldiers at the Gush Etzion junction on Thursday night.

All three terrorists were shot by Israeli soldiers; two died immediately, and the third later died of his wounds.

B’chasdei Shamayim, there were no injuries on the Israeli side.

All three terrorists were from the Kawazba family, which claimed that Thursday’s incident was an act of revenge for Tuesday’s killing of their relative Ahmed Yusef Kawazba, 18, The Jerusalem Post reported. On Tuesday, Ahmed Yusef Kawazba, stabbed and lightly wounded an IDF reservist at a bus stop at the Gush Etzion junction, before being shot and killed by an IDF soldier. Ahmed Yusef Kawazba was from the town of Sair, northeast of Chevron.

The busy Gush Etzion junction has been a frequent target during the current wave of terror, and IDF soldiers have been permanently stationed there to deter such attacks.

Shortly before the incident in Gush Etzion, a 16-year-old Palestinian from Shuafat in northeastern Yerushalayim was caught by security forces on his way to carry out a terrorist attack.

As he was leaving the neighborhood, officers and soldiers stopped and searched him at a checkpoint, finding a knife concealed inside his t-shirt, according to police spokesman Micky Rosenfeld. Under questioning, the suspect admitted that he was planning a stabbing attack.

Later Thursday night, Israeli police shot and killed a Palestinian terrorist as he attempted to stab IDF soldiers at the Beit Anoun junction near Chevron, the military said. B’chasdei shamayim, no Israelis were hurt.