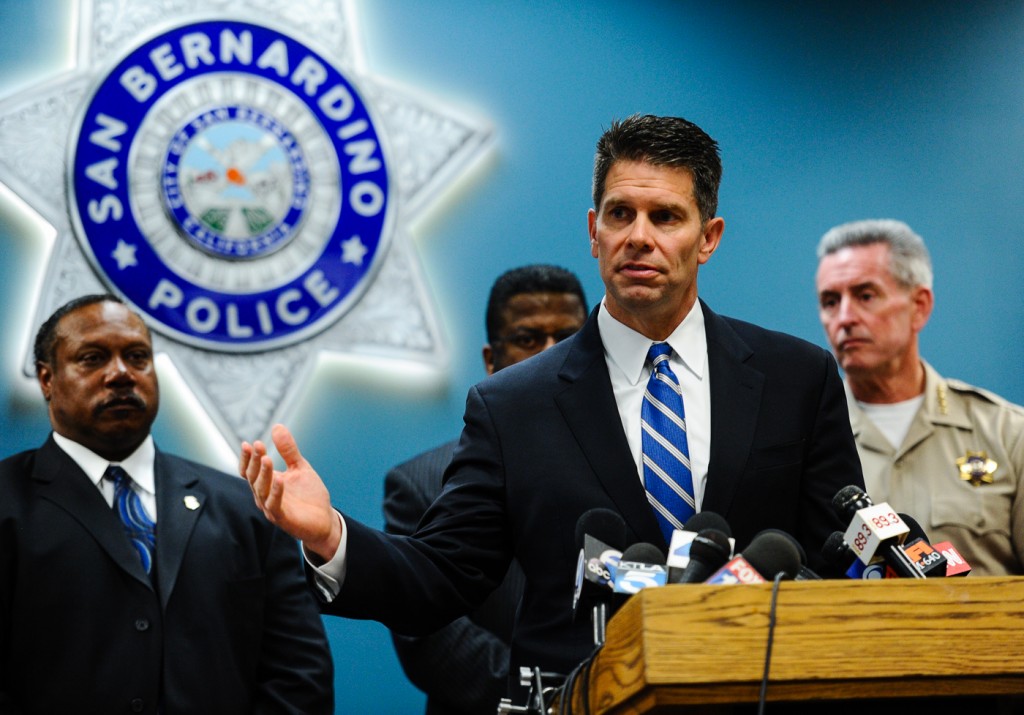 The record of San Bernardino shooter Tashfeen Malik’s U.S. visa interview in Pakistan shows it was conducted without any obvious irregularities and triggered no significant suspicions, according to a source familiar with the official State Department file.

The apparent lack of anything untoward in Malik’s interview in Pakistan for a K-1 visa that she was subsequently granted underscores the difficulty facing President Barack Obama’s administration as it seeks ways to improve security vetting of visa applicants. Current and former U.S. officials with knowledge of the visa vetting process said that even if the interview and security checks had been more stringent, it is unlikely they would have turned up any red flags on Malik.

The one-paragraph interview record, details of which have not previously been reported, cites documents that Malik used to prove her relationship with U.S.-born Syed Rizwan Farook, including a photograph of their engagement ceremony and financial transfers between them, the source said.

The file shows that Malik told the consular officer who conducted the May 22, 2014 interview that she had met Farook. The record says Malik correctly specified the date of Farook’s birthday and his job as a food safety inspector – tests to confirm that she genuinely knew him.

It contained no information about her political or religious views. The documents that Malik is believed to have shown to the interviewing officer were not retained in the file, the source said.

The brief interview report does not specify exactly where in Pakistan the interview took place, how long it lasted or the specific questions that Malik was asked.

After being granted the visa, Malik joined Farook in San Bernadino, California, where they married. She subsequently was granted a permanent residence visa, or Green Card, which required an additional security vetting process and an interview in the United States. On Dec. 2, the couple carried out an attack in San Bernadino that killed 14 people and which U.S. officials believe was inspired by the Islamic State terror group.

Although the primary focus of the K-1 visa process is to authenticate an applicant’s relationship with a U.S. person, it also involves security clearances, including checks with U.S. spy, law enforcement and counterterrorism agencies.

In wake of the shootings, President Barack Obama ordered a review of the K-1 visa procedure and of a separate program that waives visas for citizens of some countries. The United States issued 35,925 K-1 visas in 2014, and rejected 15,838 applicants, according to State Department data.

A State Department official said that “all required procedures were followed” in Malik’s case, and declined to give further details.

Several Congressional committees are investigating how Malik was granted her visa in Pakistan and have obtained copies of all or parts of her visa files compiled by the State Department and the Department of Homeland Security.

While the probes are at an early stage, questions have been raised on Capitol Hill about the effectiveness of the visa vetting process and whether it needs to be tightened. Some lawmakers have asked for the administration’s review to include a requirement that consular officers examine social media postings in vetting security risks.

The State Department said it already employs social media screening on a “case by case” basis and was working with other agencies to expand its use. In Malik’s case, however, investigators say it appears there was little, if any, suspicious public online activity to find.

Although Malik’s apparent lack of previous militant activity would have made her hard to spot, the apparently routine nature of her interview highlights vulnerabilities in the U.S. vetting system, current and former U.S. officials said.

U.S. authorities in Pakistan could have – but did not – seek a more extensive background investigation of Malik, which would have sought further details from security agencies in Washington and more on-the-ground checks in Pakistan.

The current and former officials said that consular officers who process applications and interview applicants are often junior and overburdened with casework.

Paul Pillar, a former CIA analyst, said the State Department should boost its funding for consular services to allow officers to spend more time examining each application, increasing the likelihood of rejection.

“One cannot expect U.S. consular officers to conduct the equivalent of an FBI background investigation on every visa application; the sheer volume of applications they must review would preclude doing so,” he said.