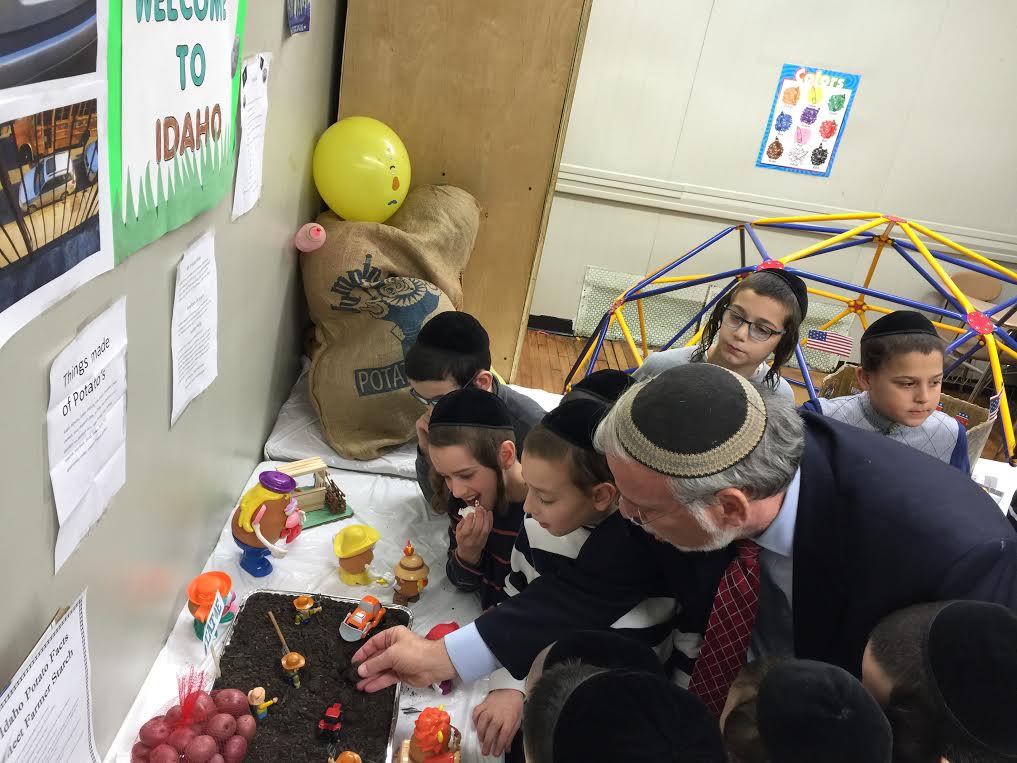 The talmidim of Talmud Torah Mevakshei Hashem showed off their knowledge of the 50 states, showcasing 3-D models in a geography fair. “We wanted to give the kids a hands-on way of learning about geography and to help them get to know the states,” Rabbi Yehudah Gartenhaus, General Studies Principal of Mevakshei Hashem told Hamodia. “The kids got very excited about it and some built models of items from states’ histories in addition to famous landmarks.” After a few weeks of lessons on the states, all students in grades three through seven rolled up their sleeves and constructed dioramas, putting what they had learned on display. The models were showcased on Tuesday afternoon in an event attended by Assemblyman Dov Hikind.

“The work that you put in with your friends and classmates, the love that you put in, was something special,” said Hikind at the event. “You don’t have to thank me for coming — I’m thanking you for the work you put into this.” The assemblyman stopped at each student’s model inquiring about their work.

Shlomie K., a sixth-grader whose model of an orange field highlighted Florida’s citrus industry, said that Mr. Hikind looked at every detail of his project as well as those of his friends. The dioramas were left on display for parents who visited the mosad for PTA meetings that evening.

Rabbi Gartenhaus added that plans are underway to organize a science fair that will bring together talmidim of chadarim throughout Boro Park.