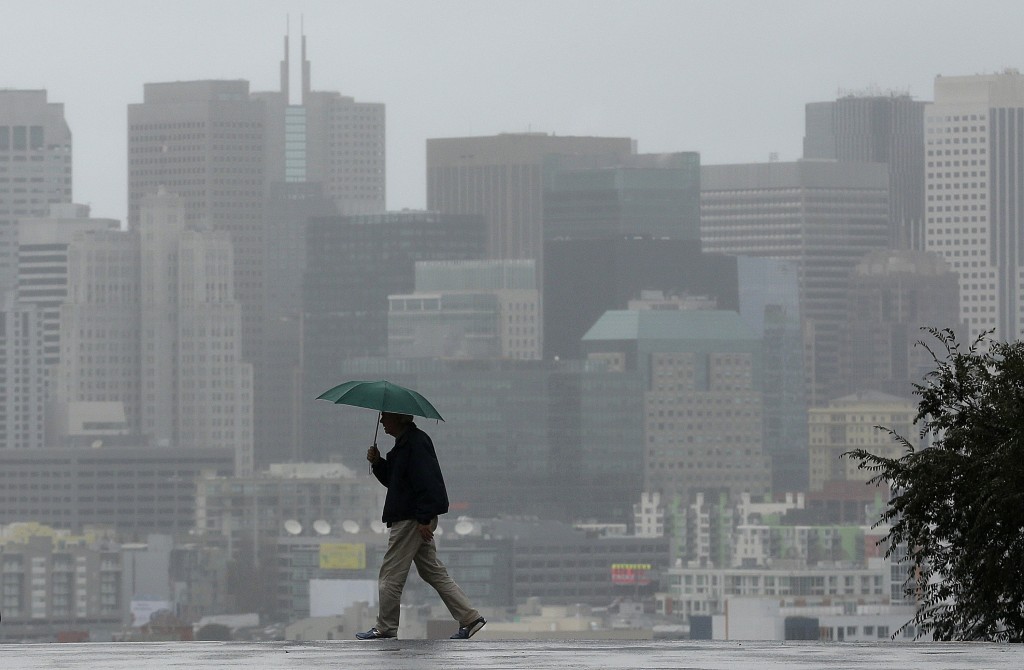 The thousand-mile coast of California is covered in warnings, watches and advisories for rain, flooding and high surf as another El Nino storm moves in from the Pacific. The system Wednesday will pack colder temperatures, stronger winds and heavier rainfall than the two previous storms that have battered the state since the weekend.

Motorists in mountain areas are warned that blizzard conditions are possible above 4,000 feet — including several inches of snow and wind gusts up to 60 mph.

Flash flooding and flows of mud and debris are a concern in foothill neighborhoods beneath areas left barren by last year’s wildfires.

The National Weather Service says 1.42 inches of rain fell Tuesday at Los Angeles International Airport, beating the 1979 record for the date by a tenth of an inch.