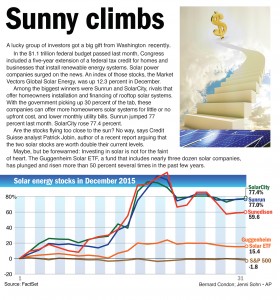 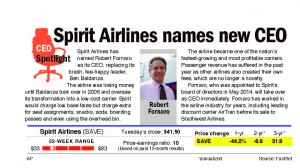 U.S. stocks managed some small gains Tuesday, but not enough to make up for big losses from the day before.

Utilities and telecommunications stocks rose the most. General Motors and Ford dropped as their December sales fell short of analysts’ estimates.

Stocks spent most of the day alternating between small gains and losses, and turned positive in the last hour of trading. The relatively stable trading came a day after a plunge in China’s main index set off a bout of selling in global markets.

Automakers reported that last month was the best December in the history of the U.S. auto industry, with 1.6 million cars and trucks sold. That helped make 2015 the biggest sales year in the industry’s history. But shares General Motors and Ford slumped as their monthly totals fell short of analysts’ projections.

Smith & Wesson rose $2.58, or 11.1 percent, to $25.86 and Sturm Ruger gained $4.15, or 6.8 percent, to $65.54. Late Monday, Smith & Wesson raised its profit estimates for the year, saying sales were better than it had expected. The stocks also rose Monday because background checks surged in December, suggesting strong sales.

Smith & Wesson has more than doubled over the last year and Sturm Ruger is up 87 percent.

Spirit Airlines jumped after the company replaced CEO Ben Baldanza. Baldanza helped make Spirit into an “ultra-low cost carrier” with low fares and fees for everything from snacks, seat assignments, and space in overhead bins.

The company also became known for splashy promotions and “pre-reclined” seats that couldn’t be lowered, letting the company fit more people on its planes. However shares were down by about half over the last year and in November they hit two-year lows.