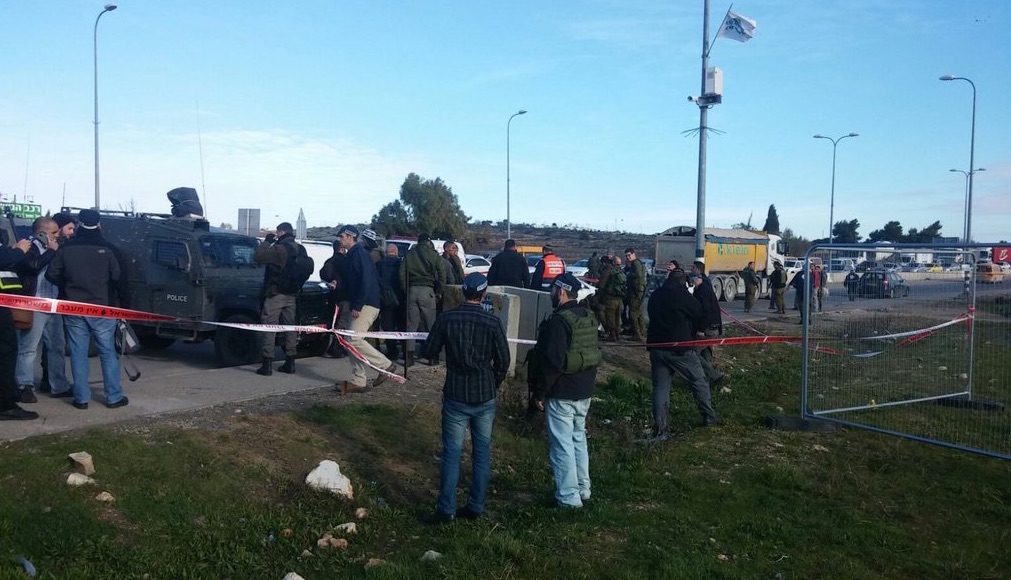 An IDF soldier was stabbed and lightly wounded by an Arab attacker at the Gush Etzion junction Tuesday morning. The stabber was shot and killed by other soldiers. The victim was treated at the site and taken to a Yerushalayim hospital for further treatment.

It was the first terror stabbing attack at the junction in nearly a month. After a spate of nearly daily stabbings at the site throughout November, the government cracked down and posted dozens of soldiers and security officers in the area of the junction, which is a central point for commuters from the Gush to travel to Yerushalayim and other areas.

In the wake of those attacks, the government announced a major plan to upgrade roads and infrastructure in Yehudah and Shomron, in order to better ensure the safety of residents and visitors. The plan will cost some $6 million (NIS 20 million), government sources said. The plan entails upgrading lighting, installing safety equipment such as guardrails and protective walls to separate roads from Arab villages, and an upgrading of the cellular network in the region to ensure that all areas are able to connect to a cell-phone network (virtually eliminating “dead zones” where there is no cell connection).

The plan will cost some $6 million (NIS 20 million), government sources said. Part of the program will be an upgrading of cellular phone connections throughout Yehudah and Shomron, that will virtually eliminate “dead zones” where there is no cell connection.

That, according to many security officials, has been a factor in numerous security-related situations. In a recent incident, for example, an Israeli driver whose vehicle was attacked by rock-throwing Arabs south of Chevron had no choice but to continue driving in a dangerously damaged vehicle, unable to call for help because there was no cell-phone service available. After getting away from his attackers, he was still unable to get a signal – and had to exit his vehicle and climb to the top of a hill in order to make the call.