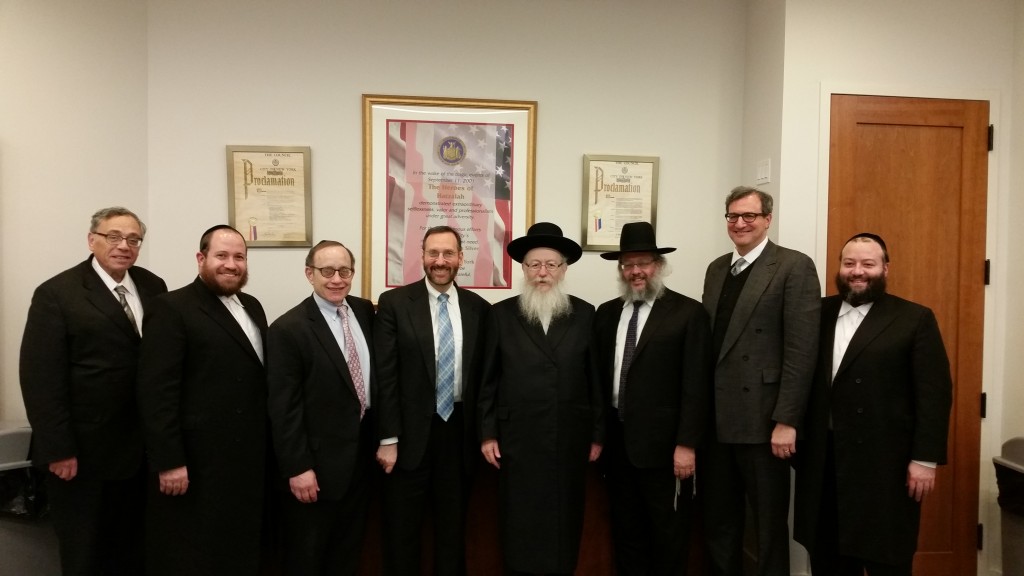 Rabbi Yaakov Litzman, Israel’s health minister who is currently visiting the United States, met on Tuesday afternoon with the executive board of New York City Hatzolah at their Brooklyn headquarters.

Topics of discussion included Hatzolah’s role in providing emergency medical services throughout New York City and the close relationship they have with city and state agencies such as the NYPD and FDNY, as well as major area hospitals. The parties also discussed the sharing of strategic initiatives between Israel and the U.S.

Rabbi Litzman commended Hatzolah, calling it a role model for emergency services throughout the world. He invited the members of the executive board to visit him at the Health Ministry in Israel and offered his assistance with anything that Hatzolah may need.