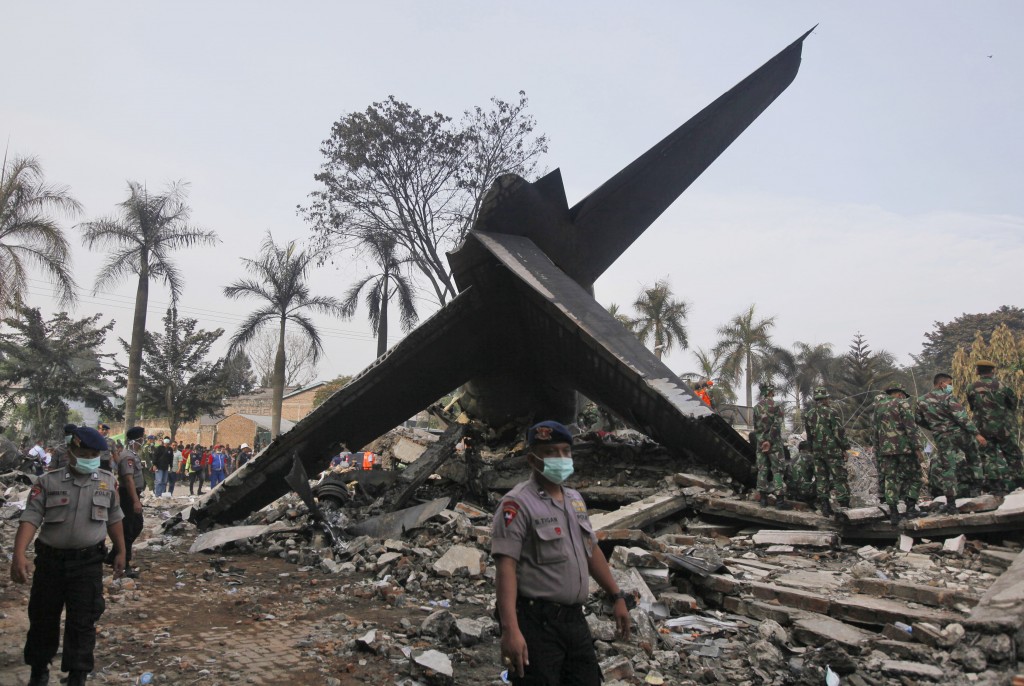 There were more airline deaths worldwide due to deliberate acts in 2015 than from accidental air crashes, for the second year in a row, according to an industry tally.

There were only eight accidental airline crashes last year, accounting for 161 passenger and crew deaths – the fewest crashes and deaths since at least 1946. The tally by Flightglobal, an aviation news and industry data company, excludes a German airliner that was deliberately flown into a mountainside in the French Alps last March, and a Russian airliner packed with tourists that exploded over Egypt in October. The death toll for those two incidents was 374.

In 2014, the toll from a Malaysia Airlines plane that disappeared and another that was shot down over Ukraine in 2014 was 537 deaths compared to 436 accident-related aviation deaths that year. (It’s not known what caused Malaysia Airlines Flight 370 to disappear while flying from Kuala Lumpur to Beijing, but many aviation safety experts theorize that it was mostly likely the result of deliberate acts, probably by one of the two pilots.)

A big reason for the improving record is better engineering: Today’s airliners and aircraft engines are far safer than earlier generations of planes. They are more highly automated, which has reduced many common pilot errors. They have better satellite-based navigation systems. They are made of stronger, lighter weight, less corrosive materials. And they’re equipped with safety systems introduced in recent decades, and repeatedly improved over time, that have nearly eliminated mid-air collisions between airliners and what the industry calls “controlled flight into terrain” – pilots who lose situational awareness and fly their planes into a mountainside or into the ground.

The new frontier in airline safety is a managerial philosophy known as SMS, or safety management systems, according to John Goglia, a former National Transportation Safety Board member. Airlines are systematically gathering data on safety trends, and encouraging pilots, dispatchers, mechanics and others to report problems by promising there will be no retribution for mistakes. The information is then shared across the industry in an effort to spot problems before they lead to accidents. Nevertheless hindsight is 20/20, and Goglia maintains that the aircraft improvements are due primarily to lessons learned from crash investigations which are taken into account when new planes are designed.

As older planes are replaced with newer planes, aviation becomes safer, says Goglia. “We’re now up to about the 7th generation of jet airplanes,” he said. “We know the first generation – DC-8s, 707s – had a higher accident rate than the second or the third or the fourth generations, and it just moves on up.”

But experts say that more needs to be done to weed out disturbed pilots and guard against acts of terrorism. Terrorists “have been probing nonstop since 9/11 and every once in a while they find a way to get through,” Goglia explained.

“In recent years, airline safety has improved very considerably to the point where, typically, there are now very few fatal accidents and fatalities in a year,” said Paul Hayes, Flightglobal’s director of air safety and insurance. “However, flight security remains a concern.”

The Germanwings case is especially perplexing, said John Cox, a former airline pilot and aviation safety consultant. Pilot Andreas Lubitz managed to conceal his troubles even though airlines are continually evaluating pilots for signs of trouble. Pilots evaluate each other as well. “Pilots from day one are so ingrained with protecting the passengers, with learning skills to deal with unanticipated events … and evaluated on how well you deal with stress,” Cox said. “Those who don’t do well with it don’t survive as professional pilots.”

Other acts of airborn sabotage included the IS bomb planted aboard a MetroJet A320 over Egypt, and the shooting down of Malaysia Airlines Flight 17 by a Russian Buk surface-to-air missile fired from rebel-held territory in Eastern Ukraine.