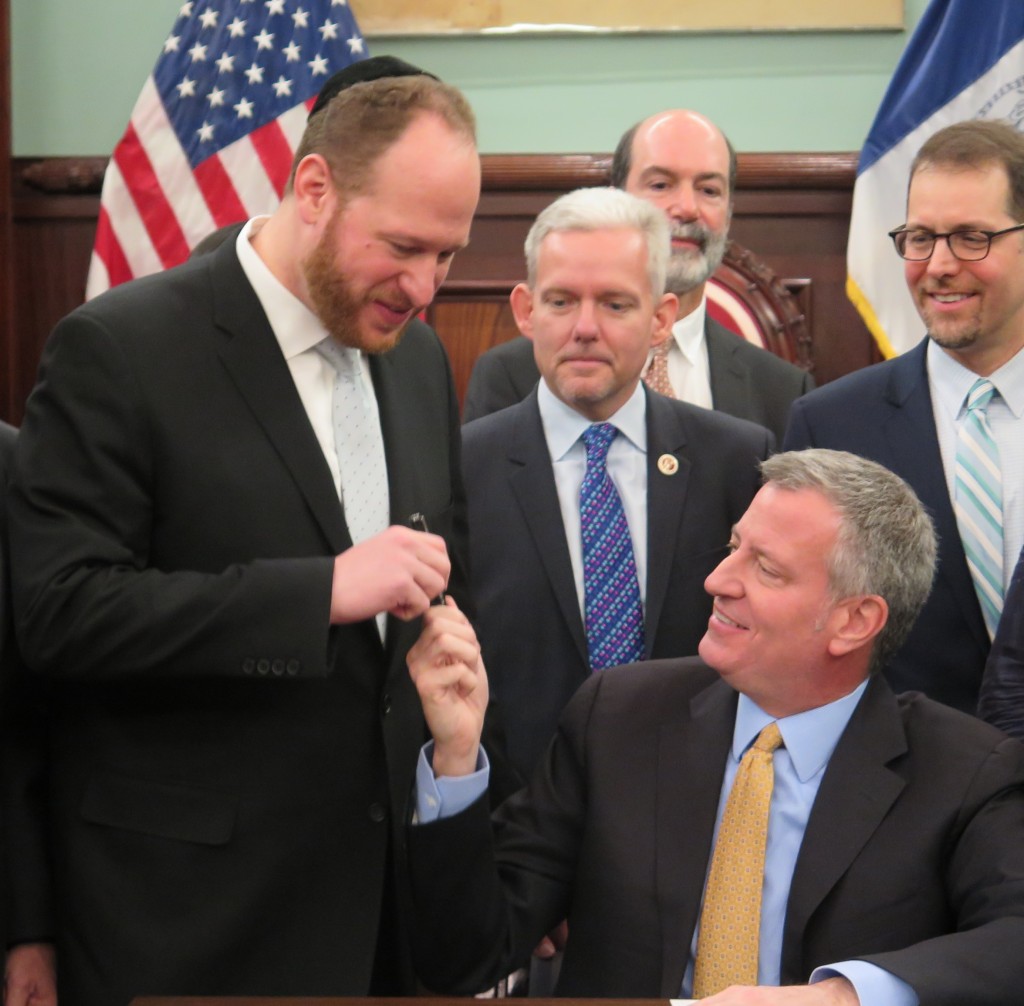 With a stroke of the pen Tuesday afternoon, Mayor Bill de Blasio expanded the right to security at New York City schools to the 200,000 children who attend the city’s parochial school system.

The bill, which was sponsored by Councilman David Greenfield, will allow parochial schools to hire private officers and bill the city. The $19.8 million measure takes effect on April 1.

“All of New York’s children, regardless of where they go to school, deserve to be safe in school,” Greenfield said.

De Blasio said shortly after the city council passed the bill last month by a 43 to 4 vote that he intends to sign it, calling it a matter of fairness. He responded on Tuesday at an interfaith breakfast to arguments made by those opposed to the bill — namely, that parochial schools don’t deserve protection since they espouse an ideology opposing immorality.

“I want to repeat something that the mayor said an hour ago,” Greenfield said at the signing ceremony at City Hall’s Blue Room. “Separation of church and state doesn’t mean we treat the church worse. It means that no one gets a preference, but that certainly we treat the church the same — equally. That’s what this bill does.”

A previous $60 million bill that would have provided police officers to parochial schools was rejected by de Blasio as too expensive. He agreed last month to a compromise that would grant less than $20 million for hiring private schools. The guards must come from approved security firms and be paid prevailing wages, or about $49,000.

Under the bill, the city will provide at least one security guard to non-public schools with 300 or more students. Schools with 500 students will be entitled to two agents, with every additional 500 students making them eligible for an additional guard. The agents will be civilians, but they will be required to submit an annual report to the New York Police Department.

The guards will be answerable to the schools and will be available based on their schedule.