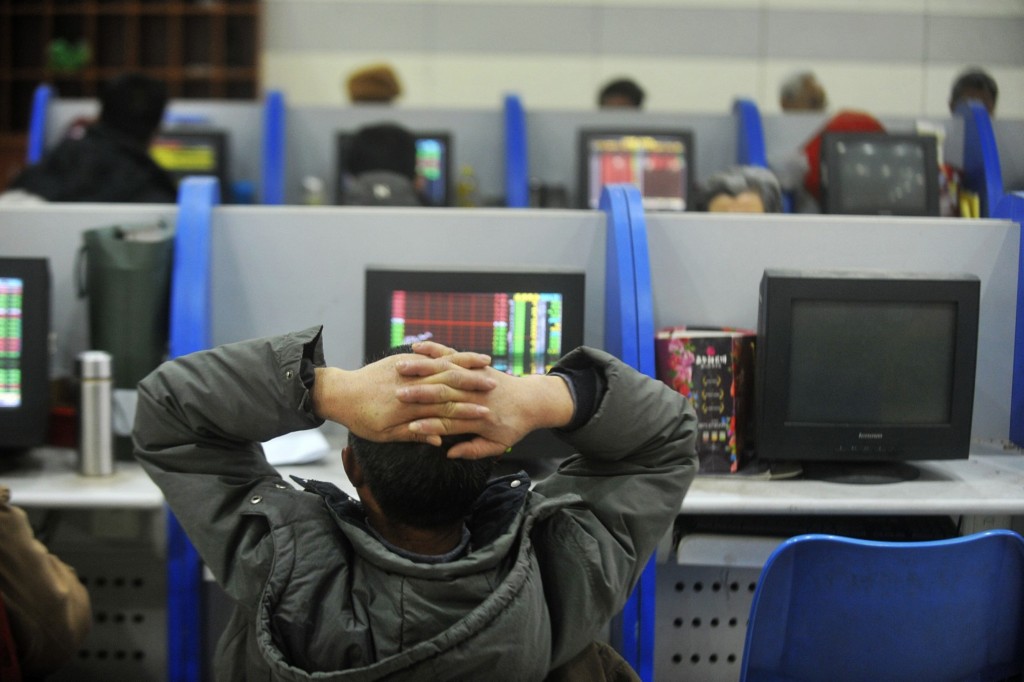 China struggled to shore up shaky sentiment on Tuesday a day after its stock indexes and yuan currency tumbled, rattling markets worldwide, but analysts warned investors to buckle up for more wild price swings in the months ahead.

Stocks fell more than 2 percent in early trade, prompting fears that exchanges were set for a second day of panic selling after a 7 percent dive on Monday set off a new “circuit breaker” mechanism, suspending trade nationwide for the first time.

But both the central bank and the stock regulator reacted quickly, and major indexes recouped most of their initial losses despite a late afternoon scare.

The People’s Bank of China (PBOC) poured nearly $20 billion into money markets, its largest cash injection since September, and traders suspected it was using state banks to prop up the yuan at the same time.

The China Securities Regulatory Commission (CSRC), for its part, announced it was planning new rules to further restrict share sales by major stakeholders in listed companies, and said it would further tweak the circuit breaker mechanism amid criticism that it had fueled Monday’s sell-off.

How long any reprieve will last is still in question.

In a dilemma similar to the U.S. Federal Reserve’s recent tapering of its stimulus program, Beijing is trying to orderly unwind a massive and unprecedented stock market rescue it pursued last summer, while pressing ahead with reforms to allow markets to have a greater say in determining the yuan’s value.

Its heavy-handed approach to the stock market crash and its surprise devaluation of the yuan in August had called its policymaking into question and sparked global market volatility.

“The patient was desperately looking for treatment but took the wrong medicine that only prolonged the illness.”

“We’ve been waiting for a market drop like this for a long time,” said Samuel Chien, a partner of Shanghai-based hedge fund manager BoomTrend Investment Management Co.

“The economy is poor, stock valuation is still high, and the yuan keeps sliding, showing capital outflows are accelerating. The market drop is overdue.”

Indeed, some retail investors told Reuters they would be steering clear of stocks after being burned this week.

One 23-year-old from Guangzhou who gave his surname as Hu said he had bought stocks on Monday afternoon, assuming that the circuit breaker would never be triggered, only to see it kick in well before the market close, locking in a 5 percent loss.

He took advantage of the mild bounce on Tuesday to exit his position, saying he had “learned a lesson in blood.”

China is also wrestling with market expectations that it will allow further depreciation of the yuan, a scenario many traders believe is inevitable as the economy slows and more investors pull capital out of the country in search of better returns elsewhere.

Authorities let the yuan weaken 4.7 percent against the dollar last year, a record yearly loss. It slipped to fresh 4-1/2 year lows on Monday, which some blamed for aggravating the stock market slump.

While the onshore yuan market has stabilized in response to central bank blandishments, the offshore yuan continues to price in deeper discounts, trading at 6.6373 per dollar, 1.7 percent weaker than the onshore currency.

The gap is so large as to make them effectively different currencies, increasing risks for companies and traders.

It also increases the likelihood of market-distorting arbitrage strategies, which the PBOC has shown signs of being concerned about. It recently moved to suspend foreign banks suspected of implementing aggressive strategies to profit from the rate difference, and more enforcement is expected.

If Tuesday’s policy-induced market respite proves temporary, regulators might have to freeze new share offerings again, extend a ban on certain share sales and keep the “national team” of brokerages and asset managers on the hook to keep buying and holding stocks at a loss.

This could entail the postponement of already delayed reforms, such as moving to a U.S.-style IPO registration system that would reduce opportunities for corruption and regulatory meddling.

Such an eventuality would further dent confidence in the China Securities Regulatory Commission and in the wider financial regulatory framework to manage increasingly complex markets as the economy slows.

“Further government intervention on a big scale would amount to injustice in a market whose reputation has already been suffering,” said Yang of Kaiyuan Securities.