Regional With Shooting Up, Crime Overall Declines in NYC
Regional 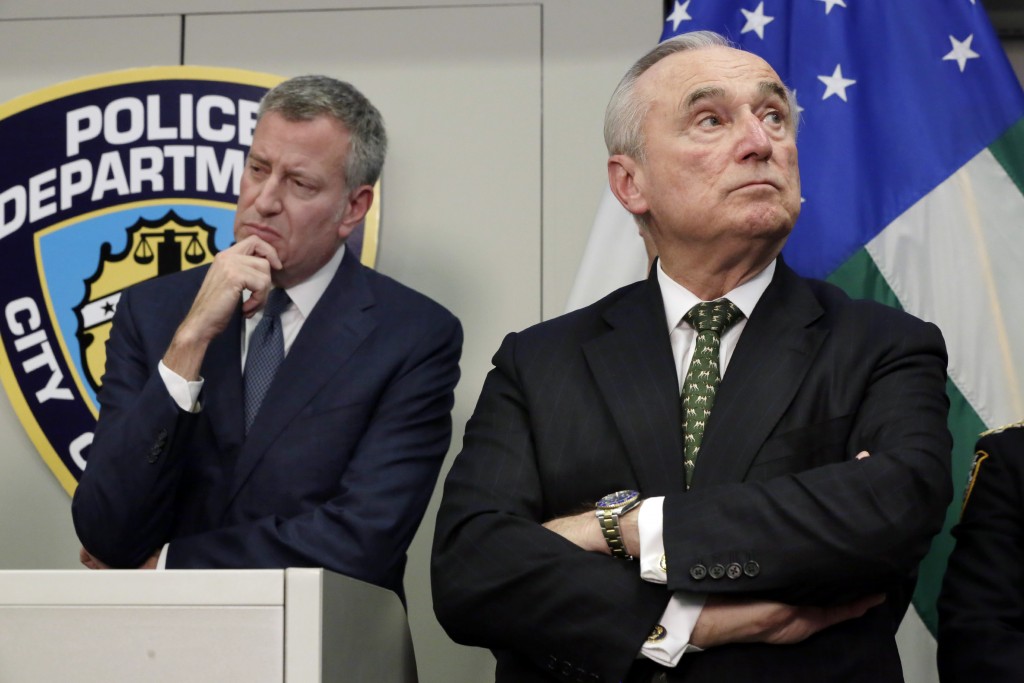 New York’s mayor and police commissioner said that crime statistics released Monday prove it is possible to usher in a less aggressive style of policing and lower crime at the same time.

Police in New York City said they made 54,000 fewer arrests last year than they did in 2013 as part of a conscious effort established in 2014 to repair relations with minority communities. Officers made only a third of the low-level drug arrests they were making in 2011 and they have dramatically curtailed the stop, question-and-frisk practice.

And yet crime hasn’t spiked, as some pundits had predicted.

Homicides remained near all-time lows, with 350 killings last year, rising a bit from a historic low of 333 set in 2014. The number of people shot dropped slightly from the previous year. There was a 2.1-percent increase in the number of robberies, but the number of burglaries was down more than 10 percent.

Police Commissioner William Bratton called 2015 “the safest year in the modern history in New York City,” and he said it validated a strategy of focusing on addressing pockets of high-crime while exercising discretion in enforcement.

“Yes, both can be done. Both have been done,” Mayor Bill de Blasio said.

When Bratton took over in 2014, he was tasked with changing the culture of a department that had come under fire for so-called “stop-and-frisk” tactic, in which officers halted hundreds of thousands of people annually based on mostly thinly founded suspicions that they might be carrying drugs or weapons.

The department changed policies on low-level arrests that clogged courts. Bratton created a three-day training that teaches officers to de-escalate confrontations, and re-tooled how rookie officers start policing. A community policing pilot program was put in place in two precincts.

Last year, police documented fewer than 57,000 street stops, compared to 685,000 in the peak year of 2011. Critics had warned that curtailing “stop-and-frisk” might lead to fewer handguns being seized from illegal owners, but police reported that gun arrests were up 10 percent last year.

The decline in shootings prompted a war of words between two giants of law enforcement — Bratton and former police commissioner Raymond Kelly, who accused the current brass of manipulating crime data, something Kelly himself was accused of during his tenure.

“Shame on him,” Bratton said. “Let him back up that accusation, if you’re going to make it, stand up, be a big man, and explain what you’re talking about.”

Kelly responded a few hours later. During a news conference at the Time Warner Center, the former commissioner gave specifics: He said people suffering graze wounds — as well as those injured by flying glass caused by gunfire — were not always recorded as shooting victims; likewise, wounds suffered by an uncooperative victim were now being labeled self-inflicted.