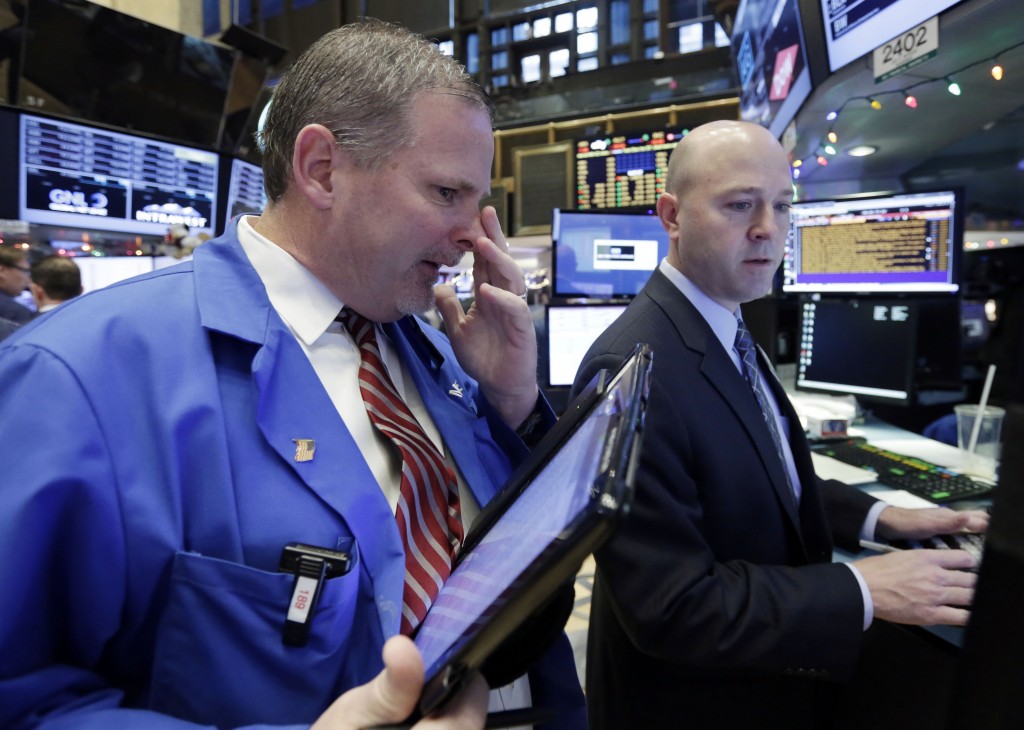 It was a gloomy start to 2016 on Wall Street, as stocks sank as part of a global sell-off.

Investors worried about new signs of a slowdown in China and a flare-up in tensions between Saudi Arabia and Iran. That sent the price of oil on another wild ride.

The Dow Jones Industrial Average clawed back the worst of an early decline but still ended with its worst loss in two weeks.