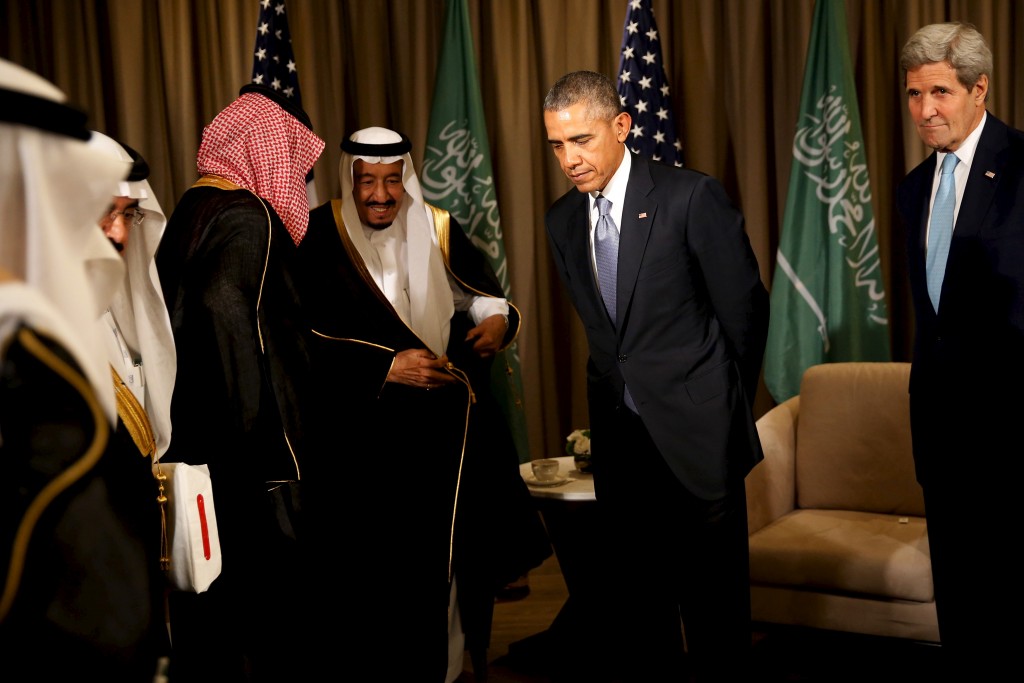 Obama administration officials expressed deep concern on Sunday that the abrupt escalation of tensions between Saudi Arabia and Iran could have repercussions extending to the fight against the Islamic State in Syria and Iraq, the diplomatic efforts to end Syria’s civil war, and wider efforts to bring stability to the Middle East.

Following Saudi Arabia’s announcement that it was severing diplomatic ties with Tehran after mobs stormed the Saudi Embassy there late Saturday, the administration called on both sides to take a step back.

“We believe that diplomatic engagement and direct conversations remain essential in working through differences,” State Department spokesman John Kirby said on Sunday. “We will continue to urge leaders across the region to take affirmative steps to calm tensions.”

But the public call for calm papered over long-simmering disagreements over Iran and other matters between the United States and Saudi Arabia, its powerful Middle Eastern ally, and threatened a serious rupture.

Administration officials were privately critical of the Saudis for provoking the weekend’s upheaval with the execution of Sheikh Nimr al-Nimr, a prominent Saudi Shiite cleric arrested two years ago and sentenced to death for fomenting dissent against the ruling Sunni royal family.

“This is a dangerous game they are playing,” said a U.S. official who asked for anonymity to discuss U.S.-Saudi relations. “There are larger repercussions than just the reaction to these executions,” including damage to “counter-ISIL initiatives as well as the Syrian peace process.” ISIL and ISIS are alternate names for Islamic State.

Saudi Arabia made clear that its concerns about U.S. dismay over the weekend’s events were minor compared with its belief that the West was kowtowing to Shiite Iran on a range of issues.

“Enough is enough,” said a person authorized to convey Saudi thinking on the condition of anonymity. “Tehran has thumbed its nose at the West again and again, continuing to sponsor terrorism and launch ballistic missiles, and no one is doing anything about it.

“Every time the Iranians do something, the United States backs off. The Saudis are actually doing something,” the person said.

Although Saudi Arabia and the United States have long found common cause in antiterrorism campaigns and in promoting regional stability, strains have emerged regularly since the September 11, 2001, al-Qaida attacks. The two have frequently disagreed about how to respond to the Syrian civil war that began in late 2011, with Riyadh urging a more muscular U.S. response, including direct military intervention and provision of sophisticated weapons to the Syrian opposition.

Iran, along with Russia, is the leading backer of Syrian President Bashar al-Assad, a member of a minority Shiite sect, and Riyadh views the civil war as part of Iran’s fight for sectarian dominance.

In Yemen, the United States and Saudi Arabia have cooperated in the general campaign against al-Qaida in the Arabian Peninsula, and in efforts to install and stabilize a more cooperative government. When the Saudis began an ongoing bombing campaign last year against Yemeni rebels led by the Shi’ite Houthi tribesmen, the United States gave some assistance, while quietly disagreeing with Saudi insistence that the Houthis were merely an extension of Iranian aggression.

Most important, Saudi Arabia vehemently objected to the deal involving Iran’s nuclear program that U.S.-led international negotiators finalized with Tehran last summer. Once the agreement is implemented, the United States and others will lift international sanctions against Iran, pouring money into its government coffers that Riyadh thinks will be spent on its efforts to take over the region.

Along with other opponents of the deal in the United States and elsewhere, Saudi Arabia thinks that Iran will continue its efforts to develop a nuclear weapon. The administration strongly disagrees, arguing that verification and monitoring provisions – along with terms of the agreement requiring the dismantling of much of Iran’s nuclear infrastructure – will restrict its program to energy production.

The administration has frequently raised concerns about Saudi judicial practices, particularly its suppression of nonviolent political dissent. Although it declined to join widespread international denunciations of the arrest and sentencing of Nimr, officials said the administration repeatedly raised the issue in private with Saudi leaders as a matter that could have repercussions in the region and throughout the Muslim world.

Overall, the administration felt that, despite the occasional bumps, its relations with the kingdom had reached a smooth cruising speed since King Salman took over last January, after the death of King Abdullah, his half-brother.

A promise from Obama last spring to step up military assistance and defense sales to the Persian Gulf region following the Iran deal kept the lid on public dissension for much of last year. More recently, the administration worked hard to bring the Saudis and Iran together for a diplomatic initiative to end Syria’s civil war and allow them to increase their joint efforts against the Islamic State in Syria and Iraq.

Last month, Tehran and Riyadh came together for the first time at the same table and agreed to a deal, forged by Secretary of State John Kerry, to promote talks between the Syrian opposition and Assad representatives leading to a transition government and eventual elections.

In mid-December, Saudi Arabia held a meeting of disparate opposition leaders who agreed to form a negotiating committee for talks that are scheduled to begin under the auspices of the United Nations on Jan. 25.