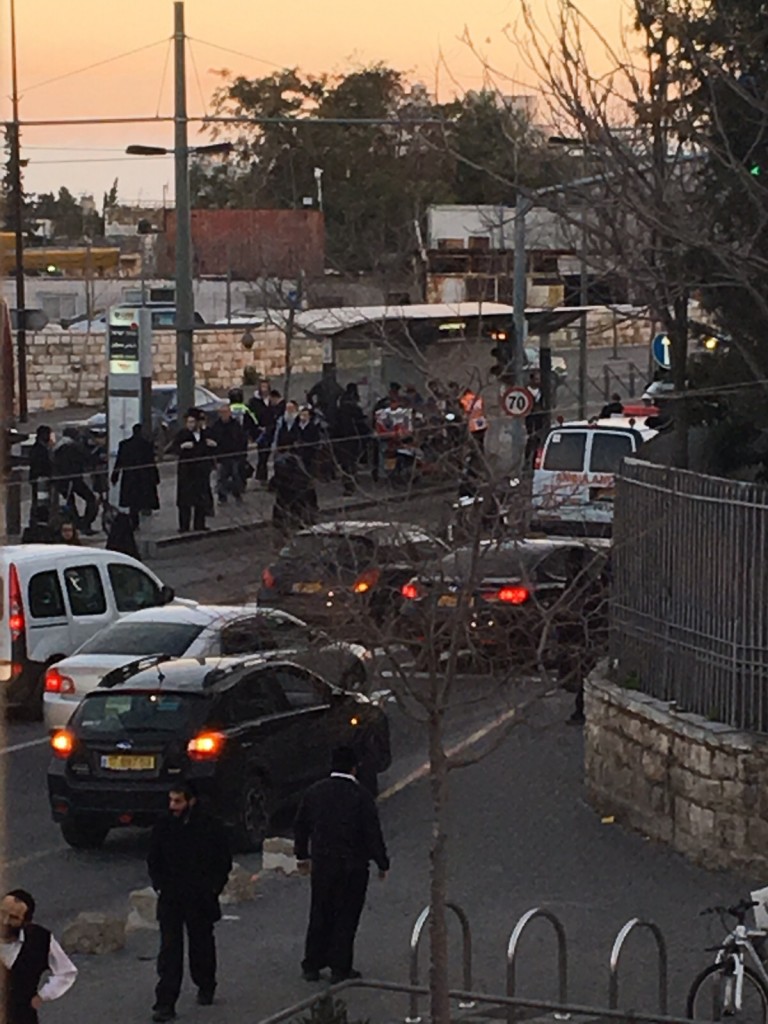 Two people were lightly injured in a terror stabbing attack in Yerushalayim on Monday afternoon. The attack occurred on Bar Lev Boulevard, considered the “dividing line” between east and west Yerushalayim. The terrorist was shot and neutralized.

Security forces, who were nearby, opened fire at the stabber, seriously wounding him. Magen David Adom crews treated the wounded at the scene and rushed them to the Hadasash Har Hatzofim hospital.

Earlier Monday, an Arab terrorist attempted to infiltrate a school in the southern Israeli town of Dimona. The terrorist, who was brandishing a knife, attempted to climb the fence of the Zinman school, but was stopped when a security guard noticed what was happening and successfully prevented him from carrying out an attack. No one was injured in the incident.