National The Worst Is Over for Flooded St. Louis
National 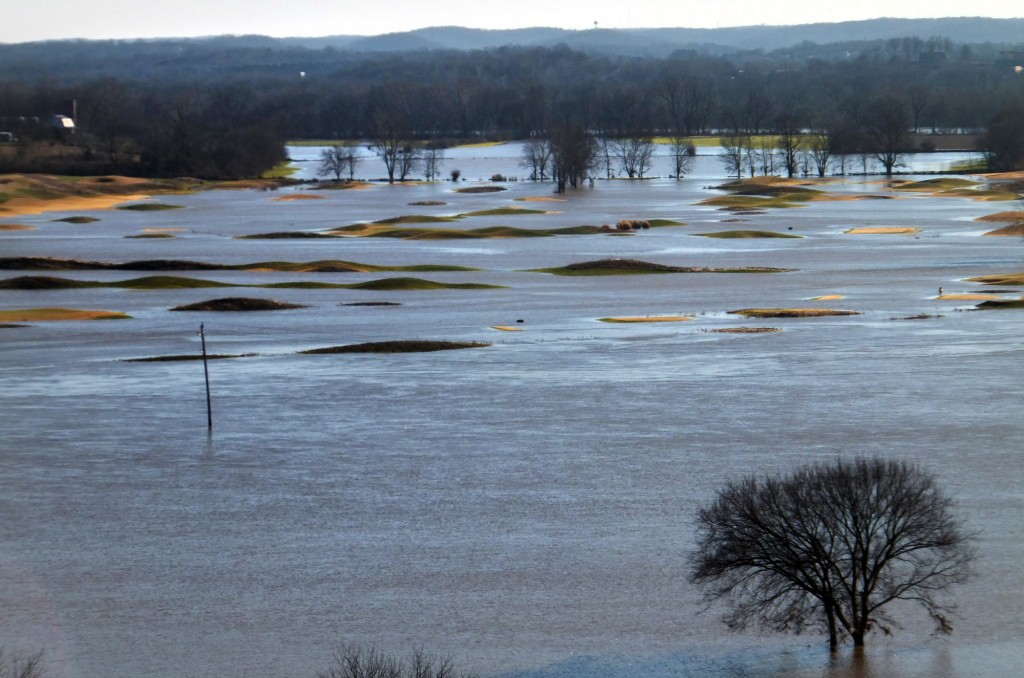 After a week of flooding and destruction, there’s good news for the people of St. Louis: The worst appears to be over.

Most of Missouri’s major roads and highways are open again, and so is the six-mile stretch of Mississippi River that the U.S. Coast Guard closed last week. The Meramec River, which climbed 35 feet over three days and created much of the region’s havoc, is receding.

“It’s come down almost as fast as it went up,” Mike O’Connell, a spokesman for the Missouri Department of Public Safety, said in an e-mail.

Heavy December rains across the Midwest created the flooding, forcing the closing of pipelines, terminals and grain elevators and killing at least 30 people, according to state emergency officials in Missouri, Illinois and Oklahoma.

The Mississippi rose to its third-highest level ever in St. Louis on Jan. 1 and notched record heights the following day in the river towns of Cape Girardeau and Thebes, Missouri, Jeff Masters, co-founder of Weather Underground in Ann Arbor, Michigan, said on his blog.

Now, the swollen waters are snaking south, where officials will try to manage much of the overflow with levees before it arrives in Baton Rouge and New Orleans on about Jan. 19, said Jeff Graschel, a hydrologist at the Lower Mississippi River Forecast Center, an arm of the National Weather Service, in Slidell, Louisiana.

On Monday, regions south of St. Louis were pivoting out of emergency mode. The National Guard left St. Genevieve County on Saturday and was scheduled to depart nearby Perry County on Monday, O’Connell said. The Missouri Transportation Department is preparing to open the Chester Bridge into Illinois as soon as Monday evening after an inspection and evaluation, he said.

The closure of the Illinois River was expanded to 110 miles from 80 miles, encompassing the section from Hardin, Illinois, to Beardstown, Illinois, the Coast Guard said in an online statement.

The Mississippi River was cresting near Cairo, Illinois, on Monday, reaching 56 feet, a record for this time of year but below the all-time mark of 61.7 feet set in 2011, Graschel said. That was below estimates for that part of the river from last week, which could be good news for cities downstream, he said.