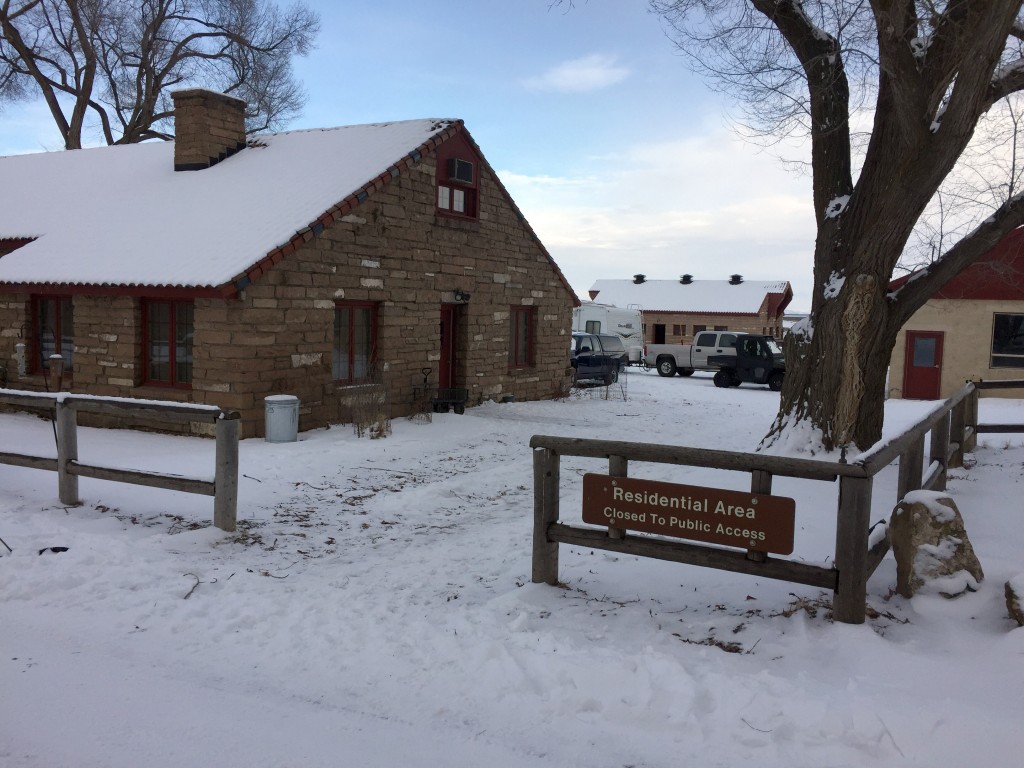 Armed anti-government protesters took over a remote national wildlife refuge in Oregon as part of a decades-long fight over public lands in the West, while federal authorities are keeping watch but keeping their distance.

Demonstrators came to the frozen high desert of eastern Oregon to contest the prison sentences of two ranchers who set fire to federal land, but their ultimate goal is to turn over the property to local authorities so people can use it free of U.S. oversight.

While the move isn’t new to Westerners, people across the globe have marveled that federal authorities didn’t move to take back the Malheur National Wildlife Refuge. Residents say they haven’t seen a large presence of officers, and the government’s tactic generally is to monitor protesters from afar but leave them be as long as they don’t show signs of violence.

Ryan Bundy told The Associated Press on Sunday that he hopes the takeover will prompt others to take action across the country to seize control of federally managed land.

“The end goal here is that we are here to restore the rights to the people here so that they can use the land and resources. All of them,” Bundy said.

That means ranchers can graze their cattle on the land, miners can use their mineral rights, loggers can cut trees, and hunters and fishers can shoot and cast, he said.

Residents of the tiny town of Burns, 30 miles south of the wildlife refuge, are concerned about the potential for violence.

Keith Landon, a longtime resident and employee at the Reid Country Store, said he knows local law enforcement officials who fear their kids will be targeted by angry demonstrators.

If the situation turns violent, Bundy contends that it will be because of the federal government’s actions.

The ranchers whose cause has been the rallying cry also reject the protesters’ support. Dwight and son Steven Hammond were convicted of arson three years ago for fires on federal land in 2001 and 2006. They served their original sentences – Dwight, three months and Steven, one year – but a judge ruled that the terms were too short under federal minimum sentencing laws.

Both men were ordered back to prison for four years each. They have said they plan to turn themselves in Monday.

The Bundy brothers say the group plans to stay at the refuge as long as it takes. They declined to say how many people were at the property, where several pickup trucks blocked the entrance and armed men wore camouflage and winter gear.

The FBI is working with local and state authorities to “bring a peaceful resolution to the situation,” the bureau said in a statement late Sunday. It said it is the lead investigative agency and would not release details about the law enforcement response to ensure the safety of officers and those at the refuge.

Some are criticizing the lack of action, saying it is because those occupying the property are white.

Landon, the longtime Burns resident, said he sympathizes with the Bundys’ frustrations. Landon was a logger until the federal government declared the spotted owl a protected species in the 1980s, damaging the local logging industry.

“It’s hard to discredit what they’re trying to do out there. But I don’t want anybody hurt,” he said.

Landon said that on the surface, it doesn’t look like much has changed in Burns, a high desert town of about 2,700 people.

“It’s weird – I woke up this morning expecting the town to be crawling with this and that agency. But you don’t see any of it. They’re keeping a low presence,” Landon said Sunday.