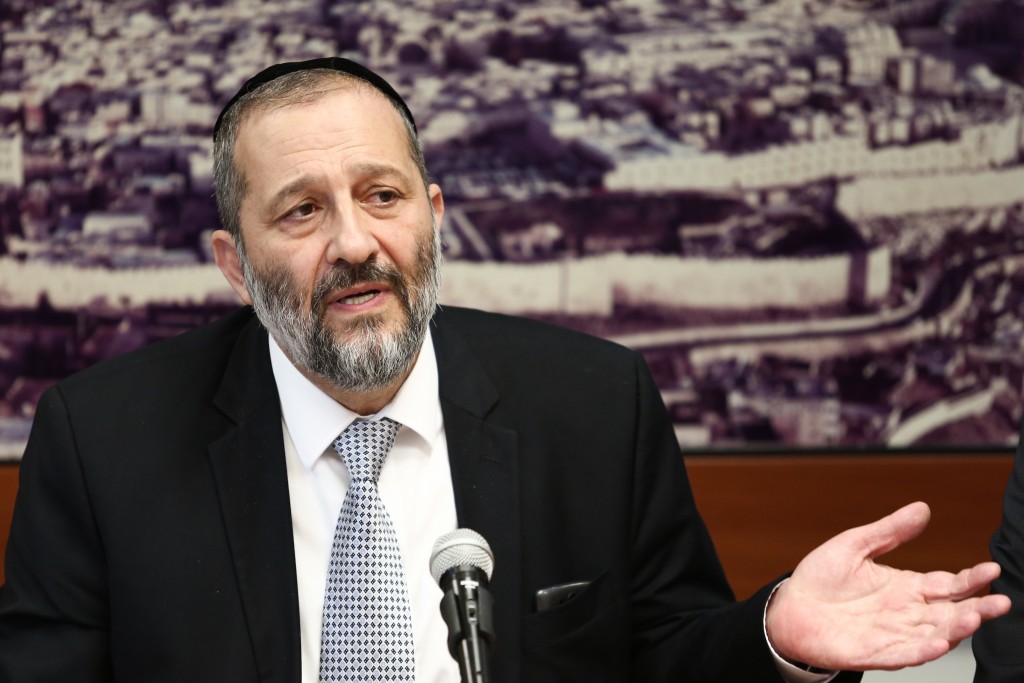 The cabinet on Sunday approved the appointment of Avi Simhon as head of the National Economic Council – but Economy Minister Arye Deri wasn’t there.

The Shas leader skipped the vote because of disparaging remarks made by Simhon about large chareidi families in the past, The Jerusalem Post reported.

Deri said that while he respected Netanyahu’s decision to appoint Simhon, who will be his chief economic advisor, his comments about chareidim were “very problematic and infuriating.”

“I am proud that I am the father of nine children and a grandfather of 19,” Deri said. “From where I come from, every boy and girl is a blessing, a joy and a complete world.

”We Jews, who lost six million people in the Holocaust, need to encourage birth rates and not attack those who decided to bring many children into the world,” he said.

While serving as an adviser to former finance minister Yuval Steinitz in 2010, Simhon said it is irresponsible of chareidim to have large families.

“A regular person checks how many children he supports, and his taxes are allocated to those who have eight children without the means by which to support them,” he said.

Following his cabinet confirmation, Simhon issued a statement saying he was “grateful for the confidence the prime minister and the entire cabinet have vested in me. I am aware of the responsibility demanded of the chairman of the National Economic Council and am committed to leading processes to strengthen the Israeli economy for the benefit of all citizens and sectors – chareidim, Arabs, new immigrants and veteran citizens.”

Simhon succeeds Eugene Kandel, chairman of the NEC for six years. He was a member of the Environmental Economics and Management department at the Hebrew University.