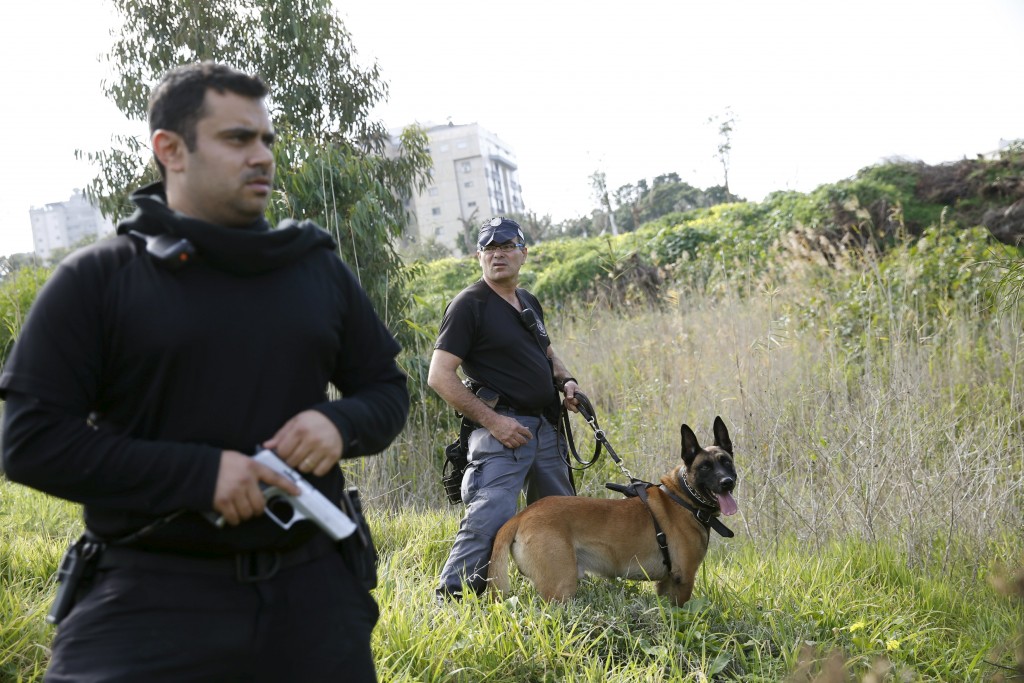 The search for Mashat Melhem, the 29-year-old shooter who killed two Israelis last Friday in Tel Aviv, entered its fourth day Monday. As of Monday morning, police have been unable to find even a clue as to Melhem’s whereabouts, and are not even sure of the motivation for his opening fire at a café in the center of the city last Friday afternoon.

Thousands of police are searching throughout the region for Melhem, with the search focusing, perhaps surprisingly, on the tony neighborhoods of north Tel Aviv. Police have been combing apartments, parks, gardens, storage sheds, and every other conceivable hiding place. It turns out that Melhem had been employed as a delivery driver for a fruit and vegetable store in Ramat Aviv, the city’s suburban-style northern neighborhood, so he is believed to know the area well. However, the store has been closed for a year, and residents and storekeepers in the area who recognized Melhem say they have not seen him in the area since.

The two Israelis who were killed in the attack were named as Alon Bakal, 26, who was the manager of the Simta café, which Melhem apparently targeted in his attack. The second victim was named as Shimon Ruimi, 30, from Ofakim. Six others are still in local hospitals being treated for their wounds. According to police, Melhem had murdered a third individual earlier Friday – an Israeli Arab cab driver.

Speaking on Israel Radio, a police official said that the fact that the search was centering on Ramat Aviv was not necessarily a signal that police believed that he was definitely hiding in the area, but in order to close any holes in the investigation. Police said Sunday that Melhem’s cell phone had been found on a street in Ramat Aviv, indicating that he had gone north after the attack. But searches are taking place in other parts of the city, as well as outside Tel Aviv, the official said.

Meanwhile, thousands of parents kept their children at home Monday, as they did Sunday, although there were more kids in class Monday than a day earlier. If on Sunday as many as half of the children in the school system had stayed away from class, on Monday it was closer to 25 percent, city officials said. As of Monday, security guards will be on duty in city schools until 6:30 p.m., to ensure that children attending after-school and extra-curricular programs were safe, officials added.

Police said that residents and visitors could continue with their normal activities, but urged them to be aware and report anything that seemed out of place.