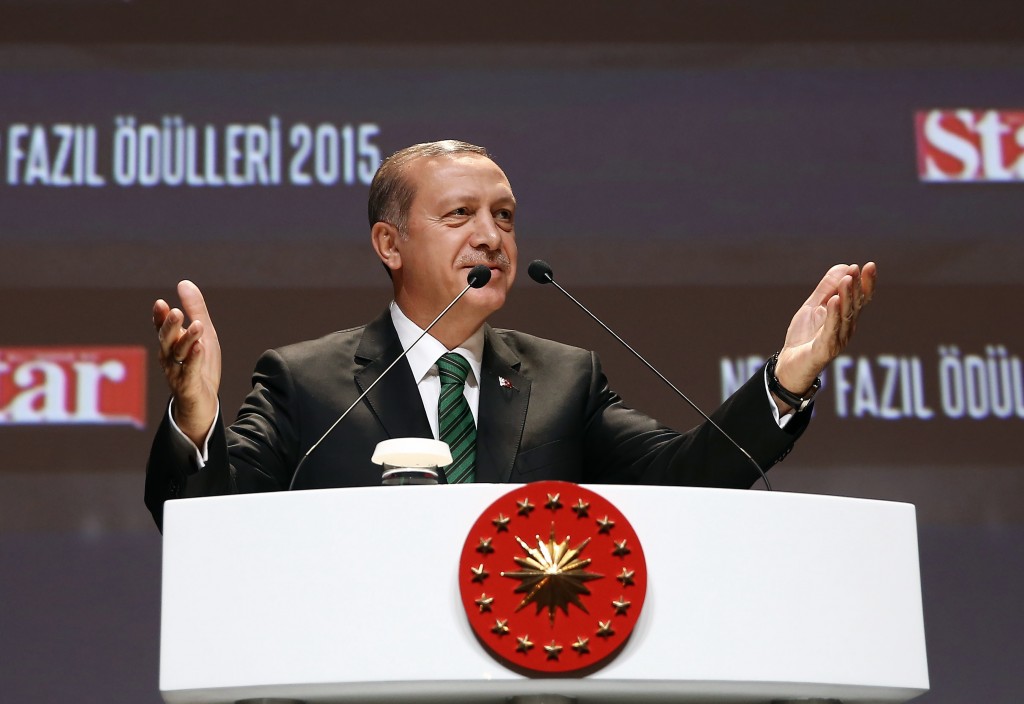 The Turkish presidency said on Friday that comments by President Tayyip Erdogan about the system of governance in Hitler’s Germany had been misinterpreted, and that he had not suggested it was an example of an effective presidential system.

Asked on his return from a visit to Saudi Arabia late on Thursday whether an executive presidency was possible in Turkey while maintaining the unitary structure of the state, Erdogan said: “There are already examples in the world. You can see it when you look at Hitler’s Germany.

“There are later examples in various other countries,” he told reporters, according to a recording broadcast by the Dogan news agency.

Erdogan wants to change the Turkish constitution to turn the ceremonial role of president into that of a chief executive, a Turkish version of the system in the United States, France or Russia..

“Erdogan’s ‘Hitler’s Germany’ metaphor has been distorted by some news sources and has been used in the opposite sense,” the presidency said in a statement.

It said his comments were meant to demonstrate that an executive presidency can exist in a unitary state and does not depend on a federal system of government, and that neither a presidential nor parliamentary system is a guarantee against abuse of power.

“If the system is abused it may lead to bad management resulting in disasters, as in Hitler’s Germany … The important thing is to pursue fair management that serves the nation,” the statement said, adding it was unacceptable to suggest Erdogan was casting Hitler’s Germany in a positive light.

The ruling AK Party, founded by Erdogan, has put a new constitution at the heart of its agenda, after winning back a majority in a November parliamentary election.

It agreed with the main opposition CHP on Wednesday to revive efforts to forge a new constitution.

Opposition parties agree on the need to change the constitution, drawn up after a 1980 coup and still bearing the stamp of its military authors, but do not back the presidential system envisaged by Erdogan, fearing it will consolidate too much power in the hands of an authoritarian leader.