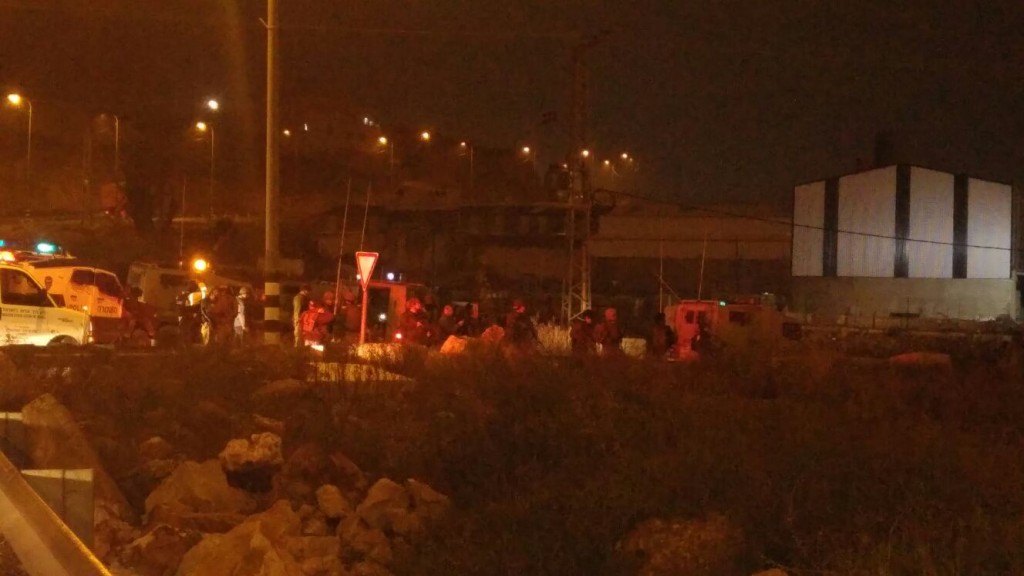 A second IDF soldier was wounded by terrorist gunfire on Sunday evening near the Kevasim junction, in the south Chevron Hills.

According to early reports, the 20-year-old soldier was hit in the leg by sniper fire and quickly evacuated to Hadassah Ein Kerem Hospital in Yerushalayim.

Large numbers of IDF soldiers were reported searching a nearby industrial area for the attacker.

Earlier on Sunday, another IDF soldier was confirmed by the IDF spokesperson’s unit as wounded by sniper fire near Maaras Hamachpelah, in Chevron. It was not known whether the two incidents were connected.

Israeli security forces were searching the area for the shooter, who apparently fired from one of the surrounding Palestinian homes.

The wounded soldier was taken to the Shaare Zedek Medical Center in Yerushalayim in moderate condition.