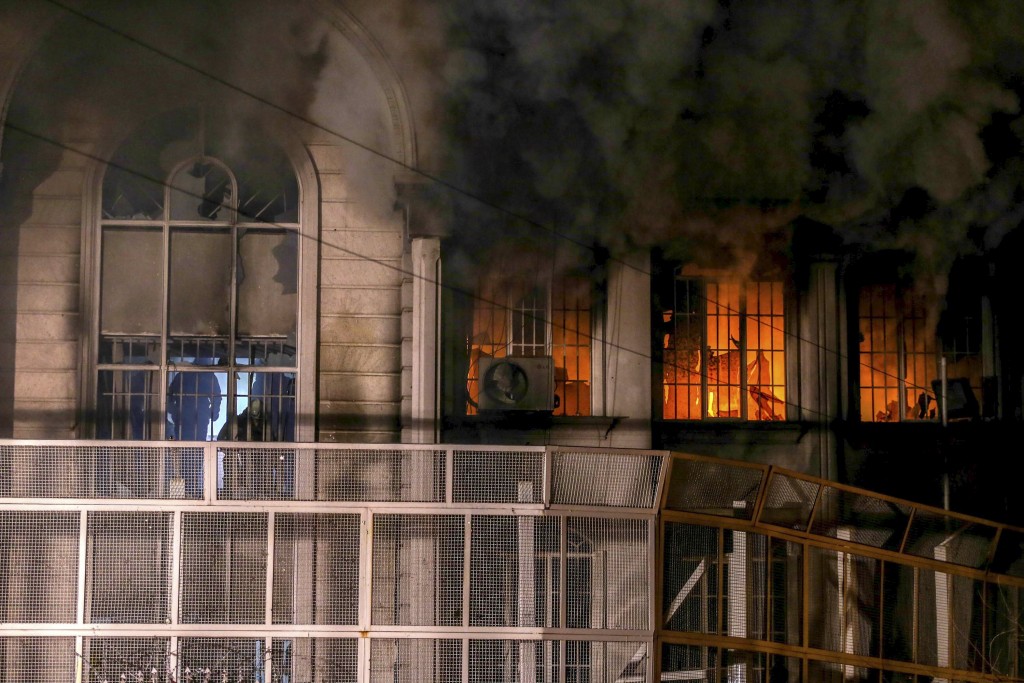 Saudi Arabia cut ties with Iran on Sunday, responding to the storming of its embassy in Tehran in an escalating row between the rival Middle East powers over Riyadh’s execution of a Shiite Muslim cleric.

Foreign Minister Adel al-Jubeir told a news conference in Riyadh that the envoy of Shiite Iran had been asked to quit Saudi Arabia within 48 hours. The kingdom, he said, would not allow the Islamic republic to undermine its security.

Jubeir said the attack in Tehran was in line with what he said were earlier Iranian assaults on foreign embassies there and with Iranian policies of destabilizing the region by creating “terrorist cells” in Saudi Arabia.

“The kingdom, in light of these realities, announces the cutting of diplomatic relations with Iran and requests the departure of delegates of diplomatic missions of the embassy and consulate and offices related to it within 48 hours. The ambassador has been summoned to notify them,” he said.

The United States, Saudi Arabia’s biggest backer in the West, responded by encouraging diplomatic engagement and calling for leaders in the region to take “affirmative steps” to reduce tensions.

“We believe that diplomatic engagement and direct conversations remain essential in working through differences and we will continue to urge leaders across the region to take affirmative steps to calm tensions,” an official of President Barack Obama’s administration said.

Tensions between revolutionary, mainly Shiite Iran and Saudi Arabia’s conservative Sunni monarchy have run high for years as they backed opposing forces in wars and political conflicts across the Middle East, usually along sectarian lines.

However, Saturday’s execution of a cleric whose death Iran had warned would “cost Saudi Arabia dearly,” and the storming of the kingdom’s Tehran embassy, raised the pitch of the rivalry.

Strong rhetoric from Tehran was matched by Iran’s Shiite allies across the region, with Sayyed Hassan Nasrallah, the head of Lebanese militia Hezbollah, describing the execution as “a message of blood.” Moqtada al-Sadr, an Iraqi Shi’ite cleric, called for angry protests.

Demonstrators protesting against the execution of the cleric, Sheikh Nimr al-Nimr, broke into the embassy building, smashed furniture and started fires before being ejected by police.