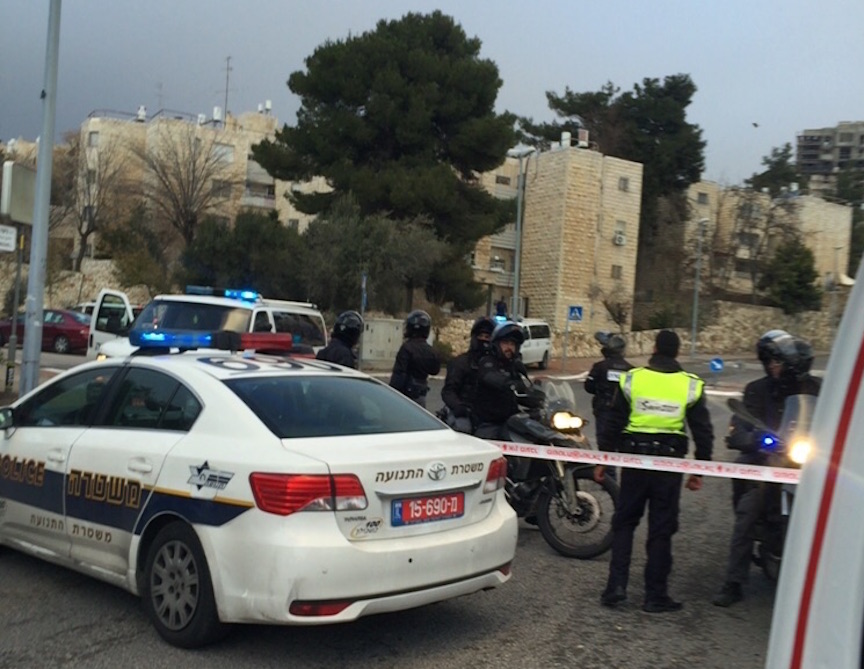 In the second terror attack of the day Sunday, an Arab attempted to stab an Israeli man in the Armon Hanatziv neighborhood of Yerushalayim. B’chasdei Shamayim, the victim was only lightly injured. The victim was given first aid on the spot and released. The terrorist stabber ran away to the Sur Baher neighborhood, an Arab village that borders Armon Hanatziv. Police were in pursuit of the stabber.

Earlier Sunday, an IDF soldiers was injured moderately in a shooting attack outside Me’aras Hamachepelah Sunday afternoon. The attack was apparently carried out by a sharpshooter who targeted the victim from a distance. IDF soldiers are searching for the shooter.

The victim was treated at the scene and whisked away for treatment to a hospital in Yerushalayim.

In recent months, Me’aras Hamachepelah has been a flashpoint for terrorist attacks, as the city has a large population of radicalized Arabs. However,nearly all of those attacks have been stabbing attacks. Security officials said that the fact that a shooting attack had taken place could signal a new chapter in the ongoing wave of terror Israel has been facing.

Last week, Hamas said that it had decided to ramp up its attacks against Israel, and would once against dispatch suicide bombers to Israeli cities. Chevron is strongly dominated by Hamas, and security officials believe that the attack Sunday could signal the start of this campaign. The reason for Hamas’s decision, some political analysts believe, is the strong likelihood that Palestinian Authority chief Mahmoud Abbas is likely to step down as head of the PA sometime in 2016 – and Hamas, along with many rival groups and individuals, is seeking to stake its claim for the leadership of the PA.