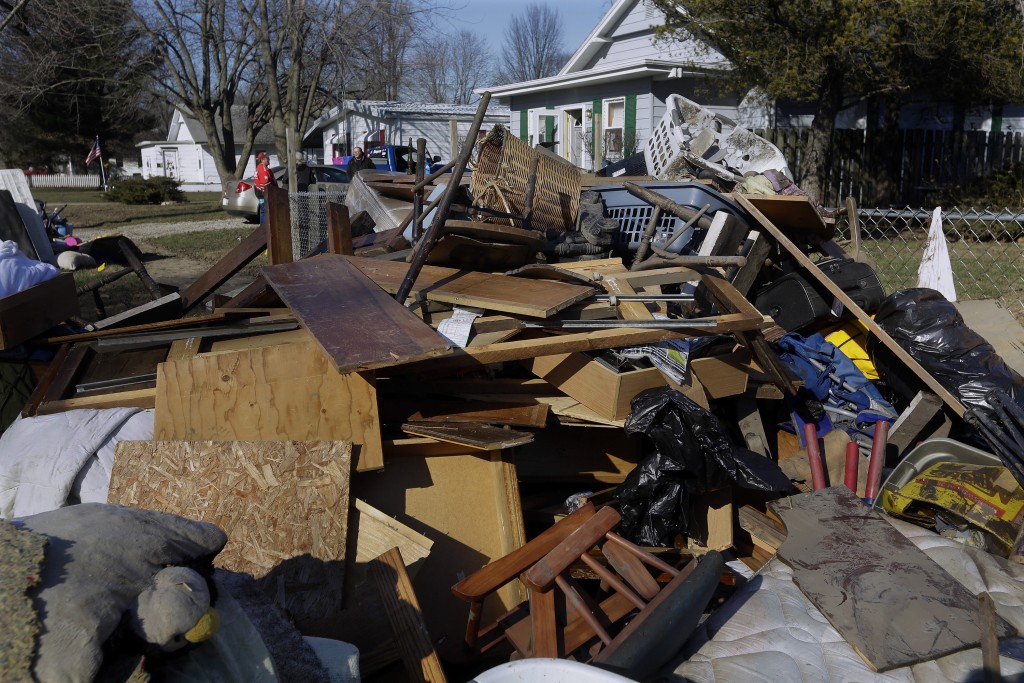 The Mississippi River and many of its tributaries continued their retreat Sunday from historic and deadly winter flooding, leaving amid the silt a massive cleanup and recovery effort likely to take weeks if not months.

The flood, fueled by more than 10 inches of rain over a three-day period that began last week, is blamed for 25 deaths in Illinois and Missouri, reflecting Sunday’s discovery of the body of a second teenager who drowned in central Illinois’ Christian County.

The Mississippi River was receding except in the far southern tip of both states. The Meramec River, the St. Louis-area tributary of the Mississippi that caused so much damage last week, already was below flood stage in the hard-hit Missouri towns of Pacific and Eureka and dropping elsewhere.

But worries surfaced anew Sunday along the still-rising Illinois River north of St. Louis, where crests near the west-central Illinois towns of Valley City, Meredosia, Beardstown and Havana were to approach records before receding in coming days.

“In ‘93 that water came up and stayed on the levees for several months,” Simmons said. “This flood came up quick and went down quick.”