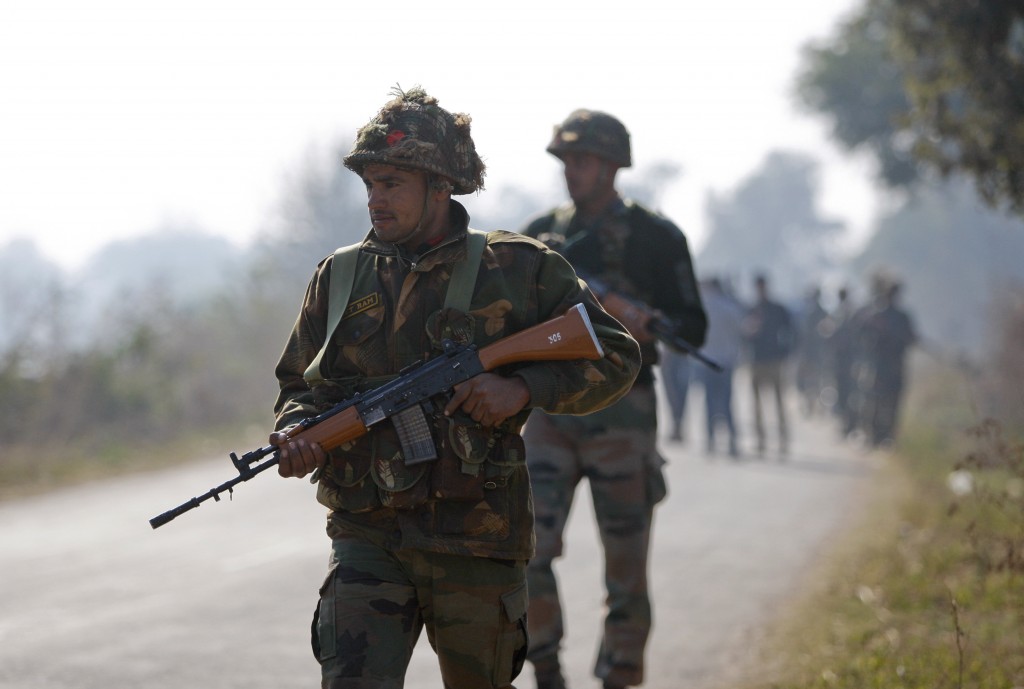 The number of troops killed in an attack on an Indian air force base has risen to seven, after four soldiers succumbed to injuries sustained in the hours-long gun battle near the border with Pakistan and another died after being wounded in an explosion Sunday, officials said. Four suspected militants were also killed in the fighting.

Air force spokeswoman Rochelle D’Silva said that combing operations to secure the Pathankot air force base were continuing late Sunday morning. Officials gave no other details about the situation at the base. Earlier in the day, at least one grenade blast was heard from inside the base, but officials declined to comment.

D’Silva offered no details about the death of an elite commando Sunday morning, other than to say that he was seriously wounded in an explosion. News reports said the commando was killed while defusing explosives.

The attack started a few hours before dawn on Saturday when a group of militants entered the area where the living quarters are located, the Defense Ministry said. The gun battle — which lasted about 14 hours — came just a week after India’s Prime Minister Narendra Modi made a surprise visit to archrival Pakistan.

It was the first visit to Pakistan in 12 years by an Indian prime minister and marked a significant thaw in the mostly difficult relations between the two nuclear-armed nations.

Police have said they’re investigating whether the gunmen came from the Indian part of Kashmir, where rebels routinely stage attacks, or from Pakistan.

The death of seven Indian troops came despite the fact that there had been intelligence reports about a likely terror attack on military installations in Pathankot.

A Defense Ministry statement Saturday said that based on those intelligence reports the air force had been prepared to thwart any attackers.

Pathankot is on the highway that connects India’s insurgency-wracked Jammu and Kashmir state with the rest of the country. It’s also very close to India’s border with Pakistan. The Himalayan region of Kashmir, where rebels have been fighting since 1989 for independence or merger with Pakistan, is divided between India and Pakistan, but is claimed in its entirety by both.

India accuses Pakistan of arming and training Kashmir’s insurgents, a charge Islamabad denies, and the attack was viewed by many in India as an attempt to unravel recent progress in the country’s relationship with its archrival.