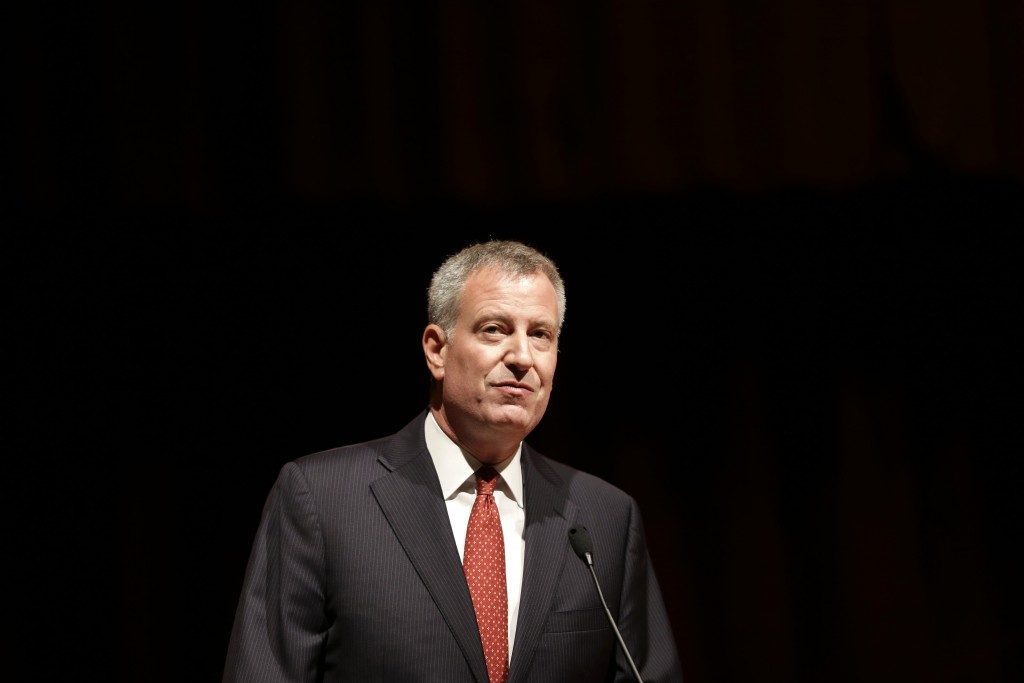 Mayor Bill de Blasio, bruised from a tough second year in office, must now prepare to return to the site where many of his troubles began: Albany.

It was during the budget and legislative sessions within the state capital a year ago that de Blasio suffered some humbling setbacks, inciting him to lash out later at Gov. Andrew Cuomo for not acting “with New York City’s interests at heart,” a tirade that only increased the feud between two of the state’s most powerful Democrats.

As the calendar turns to 2016, the state budget season will again begin, kicking off with Cuomo’s State of the State address on Jan. 13. De Blasio, saddled with slumping poll numbers, now faces the prospect of making his case to a potentially vengeful governor and a Legislature shaken by the corruption convictions of two former leaders.

The mayor himself will journey north to Albany to deliver budget testimony in the next few weeks but will then likely remain largely in a behind-the-scenes role, according to interviews with administration officials and those close to the budget process. That echoes City Hall’s strategy of a year ago, which was adopted after de Blasio became a polarizing figure amid his battle with Cuomo and his failed attempt to help wrest control of the Senate away from Republicans.

This year, there will likely be no bold ask like in 2014, when de Blasio pitched a tax increase on the rich to pay for free universal prekindergarten, and there isn’t a ticking clock like a year ago, when rent regulations that would have affected 2 million New Yorkers were on the verge of expiring. Instead, administration officials aim to avoid unnecessary drama and focus on some of its core agenda items.

“Whether it’s on education, affordable housing or homelessness, we’ll be working collaboratively in Albany to protect and help New York City and its 8.5 million residents,” said mayoral spokesman Peter Kadushin.

Among the priorities is homelessness, mayoral control of city schools and pre-K and education funding.

Homelessness has become the most vexing issue for de Blasio as 2016 begins. The number of New Yorkers in city shelters now approaches 58,000, a near-record high. An additional 3,000 to 4,000 are estimated to be living on the street, and their increasingly visible presence has helped raise concerns that the “bad old days” are returning.

After initially taking criticism that he was slow to respond to the crisis, de Blasio has deployed City Hall’s resources in recent weeks. He announced a $2.6 billion investment to pay for the creation of 15,000 supportive housing units for the homeless and launched a sweeping new program to reach out to the street homeless.

But Cuomo has already announced his intention to insert the state into the crisis. He plans to outline details in his State of the State but announced on Sunday that he’ll sign an executive order requiring the homeless to move to a shelter — even involuntarily — once the temperature drops to the freezing mark.

City officials said de Blasio is intent on making the case that the state needs to increase its spending on supportive housing and that he will point to the Assembly’s existing support for a funding increase.

Control of the city’s school system is also up for renewal. In 2009, Albany awarded Michael Bloomberg a seven-year extension of mayoral control. But in 2015, de Blasio won only a one-year extension from Cuomo, who called it “an experiment.”

That defeat infuriated de Blasio, and his team is again working to round up business leaders and union and education advocates to make their case. Aides may also ask Bloomberg, who has abstained from discussing municipal issues since leaving office, to publicly support their cause.

Regarding pre-K, de Blasio did not get the tax increase in 2014 to pay for it. The governor instead decided to co-opt the issue and fund it via the state budget, the first of several issues — including a minimum wage increase, transit funding and prison reform — in which Cuomo has moved sharply to the left, perhaps in response to de Blasio’s advocacy.

The mayor will again ask for the roughly $400 million for the program, which educates 65,000 4-year-olds, and is his signature accomplishment to this point.

And after his budget testimony, the action will again shift behind closed doors and, months later, will likely end with a deal struck by three men: the governor, the Assembly speaker and the Senate majority leader.