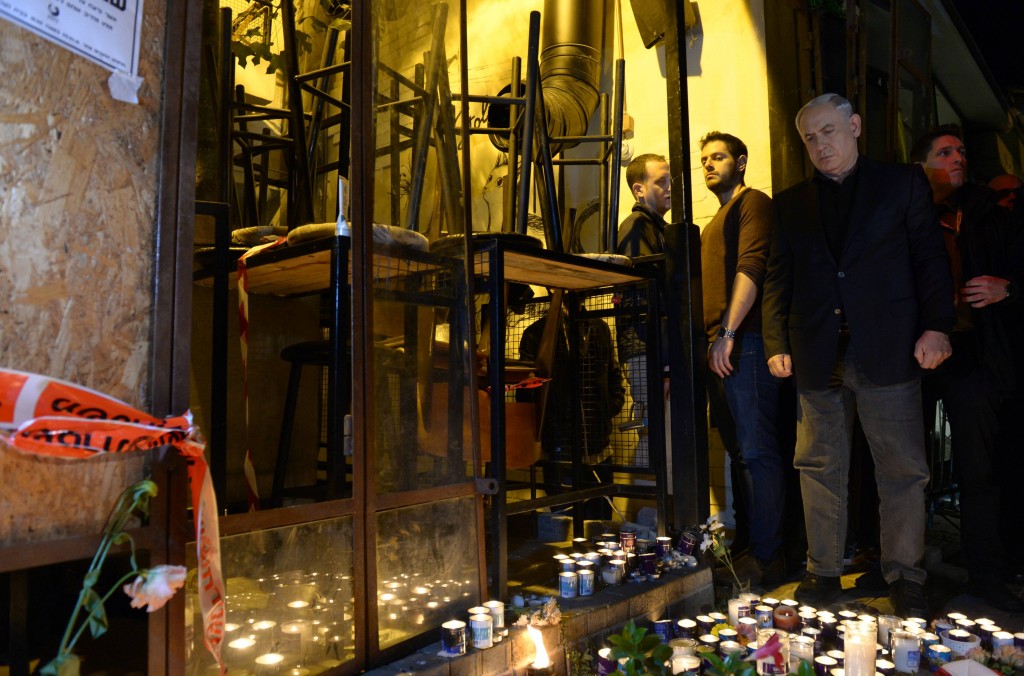 As of Motzoei Shabbos, Mashat Melhem, who killed two Israelis and wounded eight others in a shooting attack in Tel Aviv Friday afternoon, was still at large – and Tel Aviv city officials are not taking any chances. Security will be extremely tight at public institutions in the city Sunday, especially at schools, Mayor Ron Chuldai said Motzoei Shabbos.

On Friday, a black-clad Melhem opened fire at patrons of a café on Dizengoff Street in the center of the city. Normally crowded with throngs of people, there were few people on the street Friday afternoon because of rainy and windy weather, with the crowd sitting outside the Simta café one of the few large groups on the street. Melhem pointed his gun in the direction of patrons, shooting wildly, witnesses said. Killed in the assault were two Israelis – Alon Bakal, 26, manager of the café, and Shimon Ruimi, 30, from Ofakim. Six others were being treated for wounds of varying degrees.

Increased patrols will be noticeable throughout the city from Motzoei Shabbos, and residents and visitors can expect to see more checkpoints on the street, as well as armed bands of security officers, who are searching for Melhem. It is suspected that he is still somewhere in the city, and an intensive search is underway, especially in areas of Jaffa, where there is a large Arab population. City officials called on people to be patient and increase their observation and awareness, reporting anything that seemed strange.

The city has not cancelled class trips and other outings for schools, but has asked school officials to increase security details accompanying classes that leave their buildings.

Chuldai called on residents to continue with their regular work and school routines, and not to fear to send their children to school. “I understand the concerns of parents given the tension we are enduring,” the mayor said. “I met with the Prime Minister and all the relevant security officials, and we have decided to increase security in the city significantly in the coming days, especially around schools.”