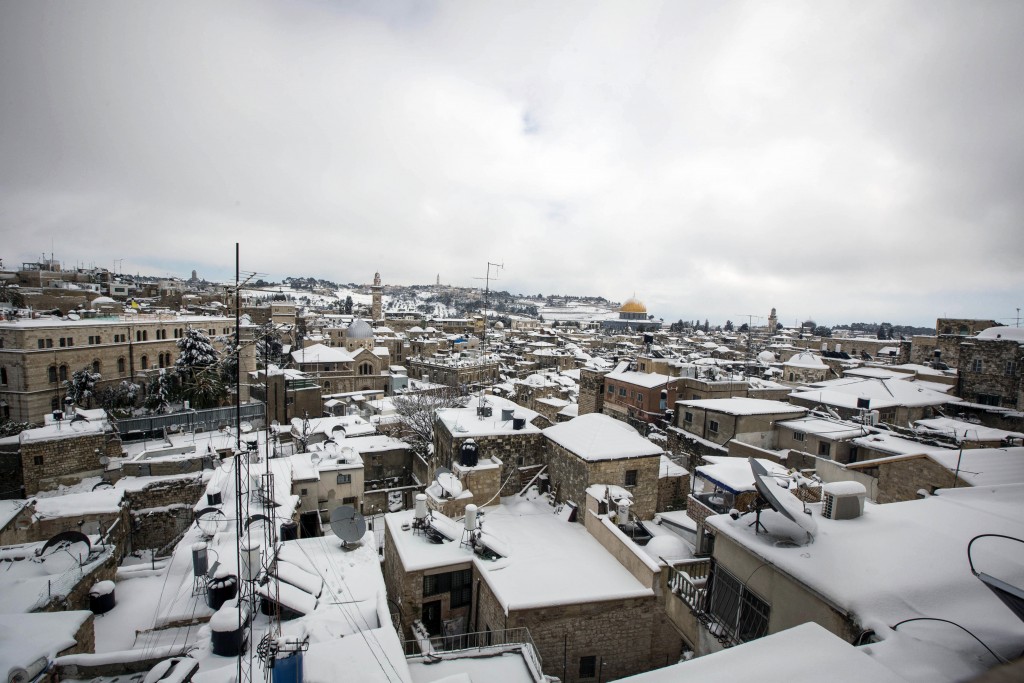 Israel is in for a wet weekend – and Yerushalayim residents could end up with snow on the ground. A major winter storm entered the region Thursday, with heavy rains, thunder and lightning storms, and cold temperatures. The rain, storm, and cold trend will only increase on Friday and Shabbos.

That, however, is a long shot – but there will be plenty of rain and near-freezing temperatures to make up for it, forecasters said. Israel Electric Company officials said that they had drafted all their “reserve staff” to be on duty to quickly repair downed electric wires due to heavy winds, while local officials in many cities urged people to take the weekend off, and not to try to drive in bad weather if it isn’t necessary.

Things should start to clear out by Saturday night, forecasters said, but weather patterns indicated that another major winter storm was possible next week, too.