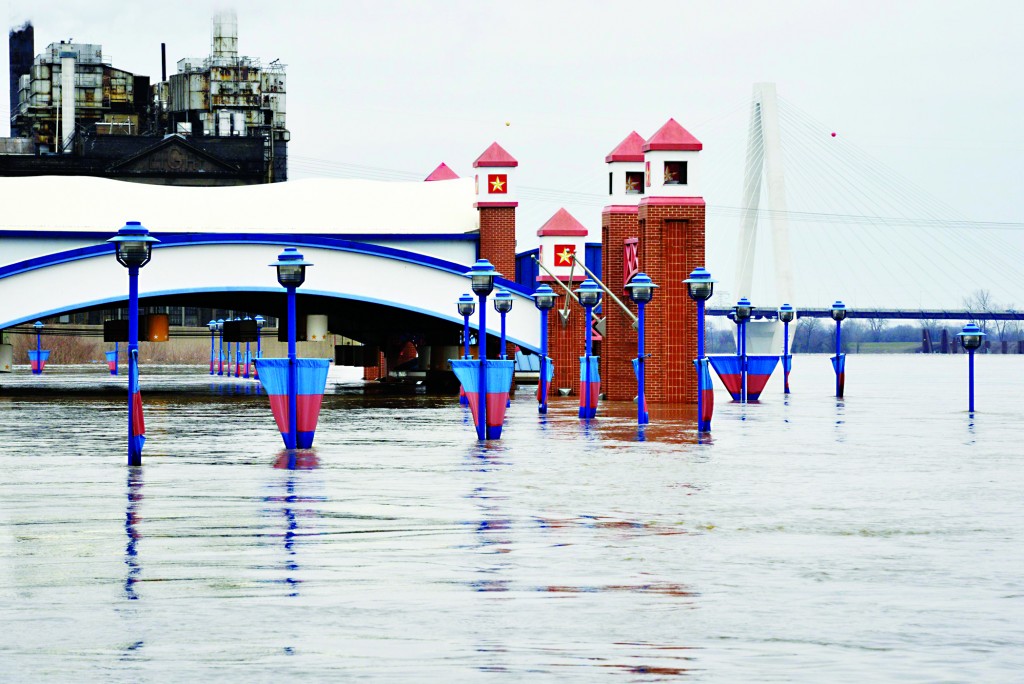 At least 28 people have died in the U.S. Midwest’s extreme weather since the weekend, mostly from driving into flooded areas after storms dropped up to 12 inches of rain, officials said.

The days of downpours have pushed the mighty Mississippi and its tributaries to record highs or levels not seen in decades, the National Weather Service and local officials said.

Southern states like Louisiana will be the next to lose homes and businesses to flooding as overflowing rivers push downstream toward the Gulf of Mexico, the National Weather Service said.

The floodwaters have closed sections of Interstate 44 and Interstate 55, both major trucking routes, along with many smaller roads near rivers, Illinois and Missouri officials said on Thursday.

Freezing temperatures in the area in the coming days will cause some flooded areas to turn icy, adding to challenges, forecasters said.

As of Thursday morning, some 9.3 million people nationwide were in areas with flood warnings. That was down from 12.1 million on Wednesday and 17.7 million on Tuesday.

Workers in Tennessee were preparing on Thursday for the Mississippi River in Memphis to reach flood stage over the weekend.

The U.S. Coast Guard issued a high water safety advisory on Thursday for more than 560 miles of the Lower Mississippi River from Caruthersville, Missouri, to near Natchez, Mississippi. It is expected to stay in effect for several weeks, based on NWS forecasts, the Coast Guard said.

Louisiana Governor Bobby Jindal has declared a state of emergency to prepare for flooding, and levee systems are being monitored daily.

“All that water’s coming south and we have to be ready for it,” Lieutenant Governor-Elect Billy Nungesser told CNN. “It’s a serious concern. It’s early in the season. We usually don’t see this until much later.”