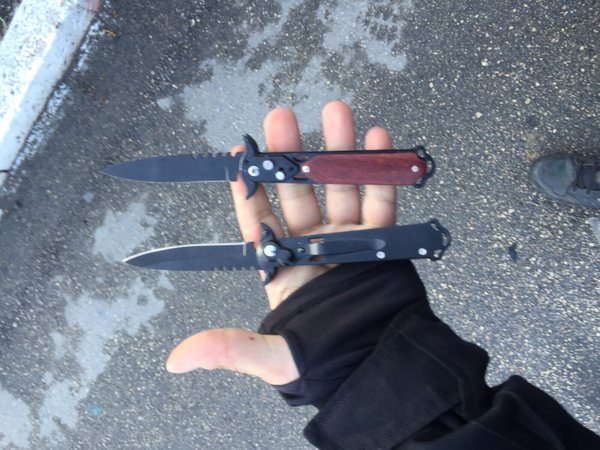 Two 13-year-old Palestinians were taken into police custody after they were found carrying concealed knives on Wednesday at the Yerushalayim intersection of Rechov HaHayal HaShlisit and Rechov Chayll HaHandasa.

The two youths aroused the suspicion of police officers when they noticed them walking with their hands in their pockets. They were stopped on the street and a search revealed the knives.

The Yerushalayim police said that thanks to the alertness of the officers it is possible that a terrorist attack was prevented.