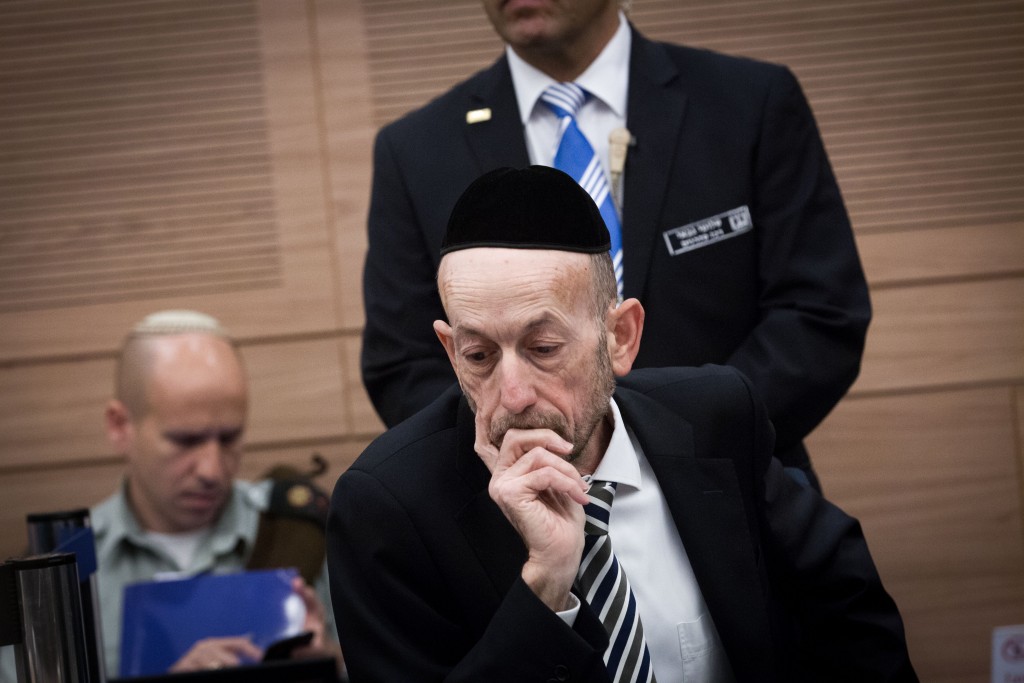 The current government is keen to implement competition in a wide range of services – and on Tuesday, it was the turn of Rabbinate-sponsored hashgachah to come under the microscope of the Knesset Economics Committee. According to Committee Chairman Eitan Cabel (Zionist Camp) the purpose of the committee’s hearing on kashrus costs was to “examine alternatives,” yet despite this, the hearing degenerated into an agenda-driven opportunity to once again “get” the religious, reported MK Rabbi Uri Maklev (United Torah Judaism).

The hashgachah discussion was actually initiated at the request of MK Elazar Stern (Yesh Atid) to discuss ways to cut the costs of hotel stays in Israel. Although hotels are not required to serve kosher food, the vast majority choose to do so, because that is what their patrons – tourists both from Israel and abroad, demand. But, according to Stern, the requirement for hashgachah in hotels “significantly” increases the cost of hotel stays, because hotels have to pay so much money to the Rabbinate for a kashrus permit, and for mashgichim.

“Not true,” countered Oded Plos, director-general of the Religious Affairs Ministry. Citing an independent survey of kashrus costs, Plos said that the direct costs of hashgachah on food and services amounts to less than 1% of total costs. According to Plos, if the average price of a kilo of chicken in the supermarket is NIS 17 ($1.98/pound), then 30 agurot (.0.07%) of that is due to kashrus costs. On the average, mashgichim  earn just NIS 37 ($9.50) an hour, and in most restaurants and hotels they also do “regular” work, meaning that without them on staff, those businesses would anyway have to hire someone to do the work they are doing.

“It appears that all the reasons for high prices on food have been solved, as far as this committee is concerned, and all that remains is to deal with kashrus costs,” quipped MK Rabbi Maklev. “No one forces anyone to make their hotels or food manufacturing plants kosher, but apparently there is a reason why most of those businesses do so – because there is a great demand for them. The question is not how much does kashrus cost, but how much it contributes to a business’s bottom line.”