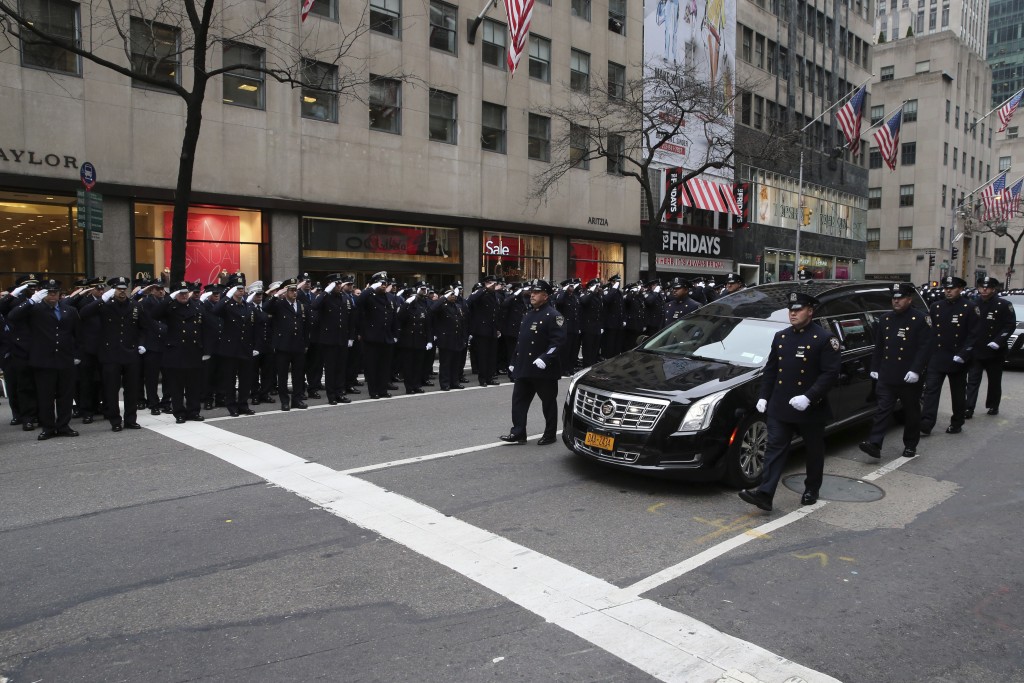 Joseph Lemm, a Nebraska country boy turned New York City police detective and U.S. soldier, had superhero bravery, mourners were told Wednesday at the married father of two’s Manhattan funeral, more than a week after he was killed in Afghanistan.

The 45-year-old Lemm, a 15-year NYPD veteran who lived in Westchester County, was one of six soldiers killed in Afghanistan last Monday when their patrol was attacked by a suicide bomber outside Bagram Air Base. He was a technical sergeant in the Air Guard’s 105th Base Security Squadron who served two tours in Afghanistan and one in Iraq.

“Three times, this war took him thousands of miles away from his family, and the city and country he so dearly loved,” he said in a eulogy. “And now it has taken him further than miles. It has taken him to a new post in eternity.”

Thousands of civilians, military personnel and police officers from departments across the state lined the streets in Lemm’s honor. As mourners exited the cathedral, they sang “America the Beautiful,” and NYPD pipes and drums led the hearse away.