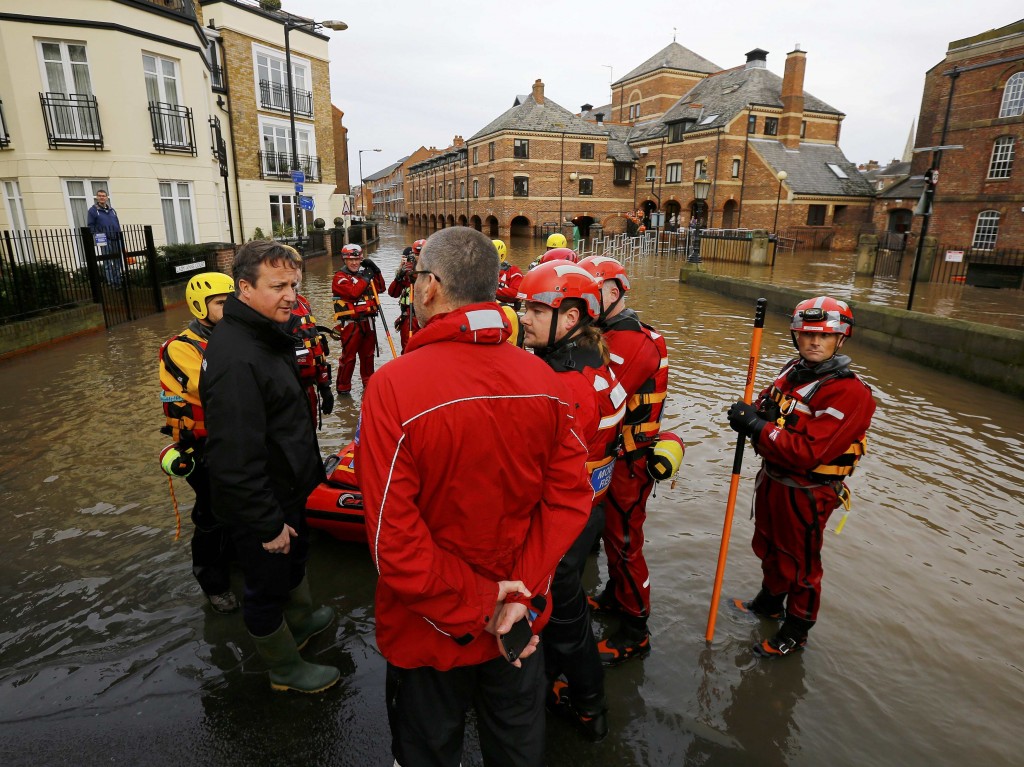 British Prime Minister David Cameron put on his waterproof boots Monday and waded into controversy, challenging critics who said his government has done too little to combat flooding in the north of England.

Cameron donned his wellingtons (waterproof boots) to walk the flooded streets of York, 200 miles north of London as some local leaders accused him of failing to take action.

Areas of northern England have been inundated with torrential rains in recent weeks, and rivers have overlflowed their banks, leading to thousands of evacuations in villages, towns and even major cities like Leeds and Manchester.

The devastation prompted Leeds council leader Judith Blake to complain that cities in the less prosperous north of England are victims of a north-south divide in the allocation of government’s resources.

“We’re beginning to feel that very strongly,” she said, asserting that 2,000 homes had been flooded in Leeds alone, over the weekend and some 400 businesses adversely affected.

Cameron used his visit to York to deny that the northern region is overlooked in favor of London and the affluent regions surrounding the capital.

“We spend more per head of the population on flood defenses in the north than we do in the south,” he said, vowing that expenditures would increase in the face of the increasing frequency of extreme weather events in Britain.

The flood waters have eased in many areas, but forecasters say more heavy rain is expected on Wednesday. The ground is heavily saturated, making the region liable to flood further with another bout of precipitation.

Some 500 British troops have been helping emergency workers and local residents in the widespread evacuation of towns and cities with 1,000 more on call to help out if water levels rise.

Thousands of people across the region have lost power in recent days.