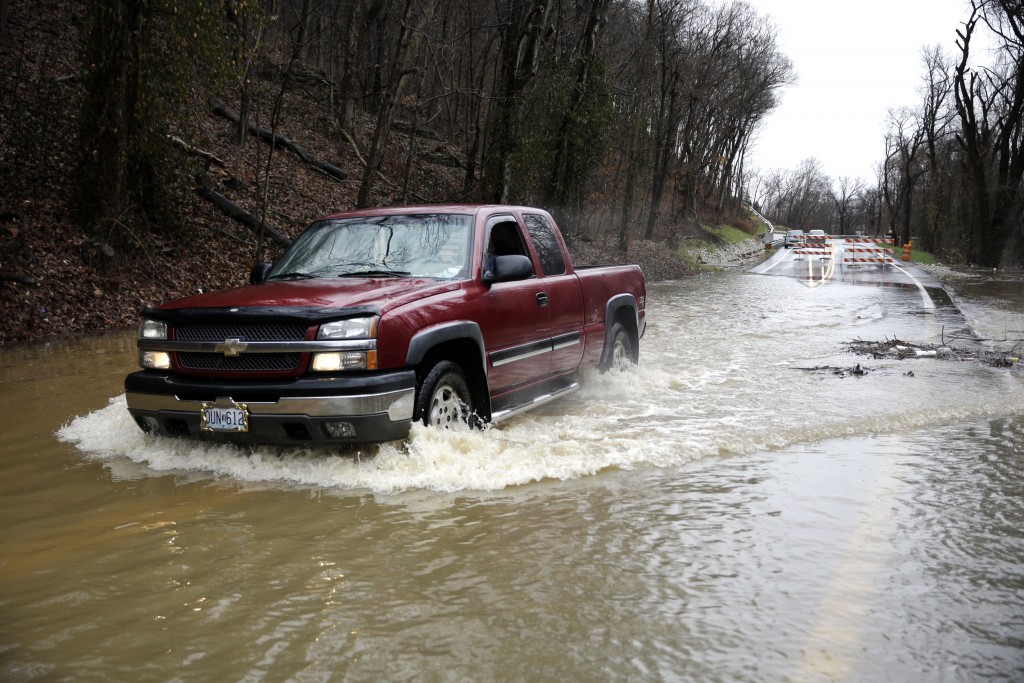 Residents in and around the small St. Louis-area town of West Alton are evacuating as the Mississippi River nears a potential record crest.

An unusual amount of late-fall rain had the river already high before torrential downpours that began Saturday. Some parts of eastern Missouri have received 6 inches of rain or more over the past three days. Heavy rain was falling again Monday.

West Alton officials on Sunday ordered evacuations, saying the expected crest of 38.9 feet on Thursday will top the levee by nearly five feet.

West Alton, about 20 miles north of St. Louis, has about 520 residents.