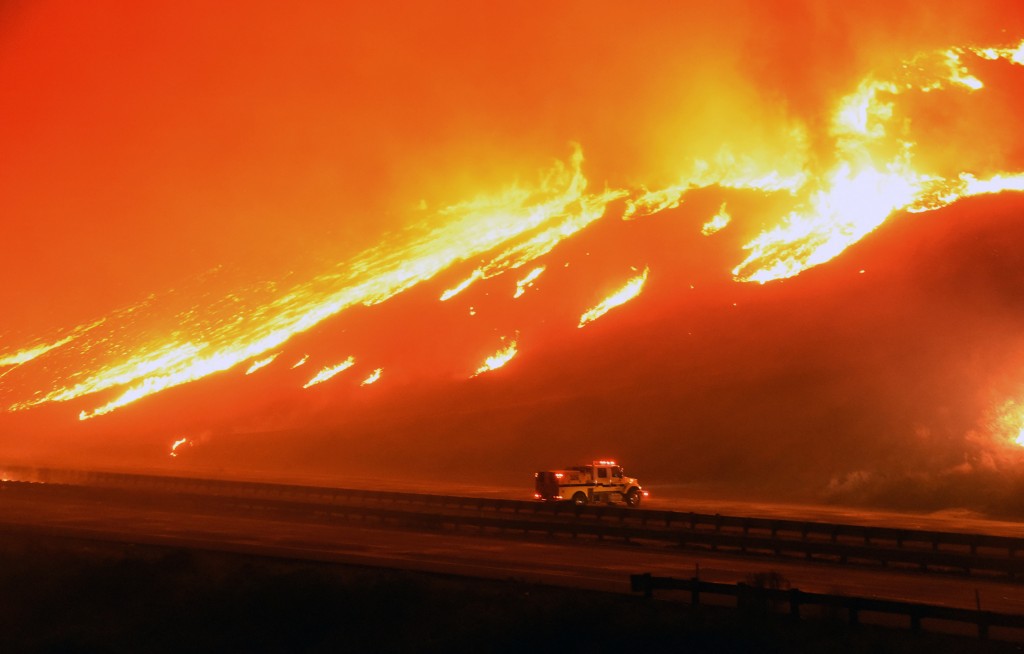 As firefighters mopped up the remains of a wildfire on the southern coast of California, authorities turned their focus to a new concern: a landslide if rain pounds the charred hills.

In a heavy rain, the denuded soil could threaten nearby railroad tracks, U.S. 101 and the Pacific Coast Highway.

On Sunday, hundreds of firefighters fought the remnants of the wind-whipped wildfire that threatened dozens of coastal homes. The fire scorched about 1,230 acres north of Ventura and was about 75 percent contained, with full containment expected Tuesday, fire officials said.

The blaze erupted Friday night when high winds caused power lines on an oil field to arc. At its peak, the fire closed a 15-mile stretch of an adjacent, six-lane freeway, U.S. 101, and another major north-south route, the Pacific Coast Highway.

The winds eased Saturday, and the fire stopped growing. Evacuation orders for about 50 homes in Solimar Beach were rescinded.

On Sunday, about 300 firefighters were busy dousing hotspots in a stretch of coastal land that was thick with drought-dry brush.

“It’s nuked — moonscaped,” Lindbery told the Ventura County Star during a tour of the area.