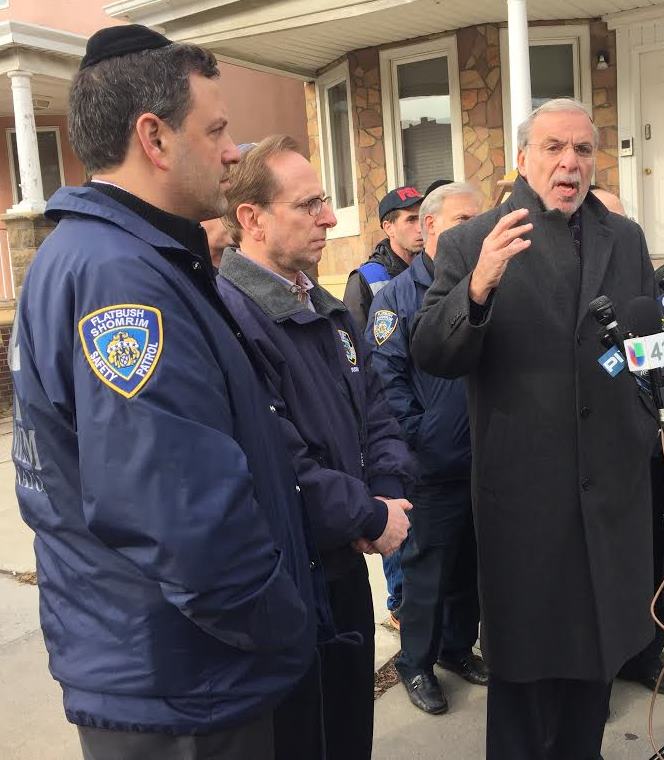 Police are looking for two perpetrators who robbed and viciously assaulted a frum Jewish man in Midwood early Monday morning.

The attack occurred on Ave. M between East 8th and East 9th Streets, shortly before 1:00 a.m.

The two perpetrators, in hooded sweatshirts, threw down and beat the 60-year-old victim on the ground, stole his cellphone and wallet, and, after they had stolen the items, kicked him, stomped on his head, and punched him.

Shomrim responded to the call, and obtained security video from a home, which authorities are reviewing.

Shomrim sources tell Hamodia that they still do not have a firm description of the perpetrators, as it is difficult to get descriptions of suspects from video images taken in the dark.

“This is a shockingly brutal robbery in the heart of our Midwood community,” said New York City Councilman David Greenfield, in a press release. “We can’t tolerate these kinds of crimes in New York City.”

Greenfield is offering a $1,000 reward for information leading to the arrest and conviction of the two perpetrators, and he encouraged anyone who has information about this crime to call Crime Stoppers at 1-800-577-TIPS.

New York State Assemblyman Dov Hikind is offering a $3,000 reward for information leading to the apprehension of the perpetrators.

“I’m shocked that this could happen in our neighborhood, and in such a safe community,” Hikind said in a press release. “This maliciousness and rampant violence cannot continue.”

Hikind added, “This incident is a prime example of why we need to continue pushing surveillance throughout our neighborhoods.”

Updated Monday, December 28, 2015 at 4:13 pm with information regarding rewards