Israel Israel Worries About Threat From IS
Israel 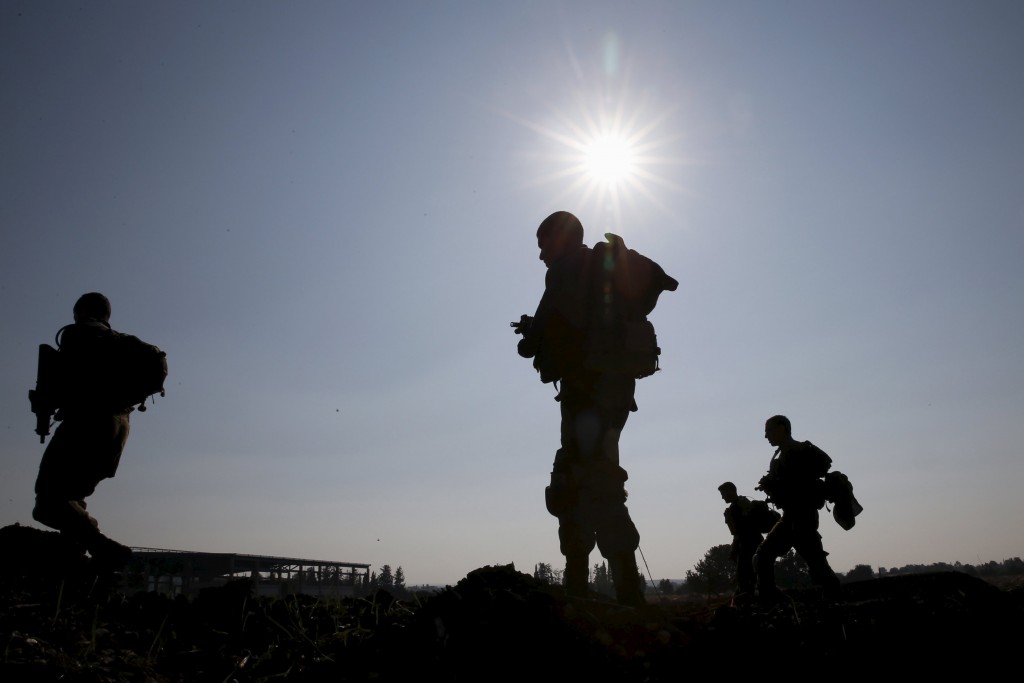 Well before the latest threat from the Islamic State terror group, Israel’s military had stepped up intelligence and preparedness efforts with the terrorist group in mind.

In particular, Israeli forces are keeping an eye on Islamic State’s branch in Egypt’s lawless Sinai peninsula, possibly the organization’s most effective branch in the region, observers say. Sooner or later, Israel believes, Islamic State could attempt some kind of strike on the country.

Islamic State’s leader, Abu Bakr al-Baghdadi, delivered a lengthy address last weekend in which he directly threatened Israel — and seemed to be answering critics in Islamist terror circles who have complained that the group, based in Syria and Iraq, has not taken up the Palestinian cause.

“No, O Jews, we did not forget Palestine for one moment,” Baghdadi said in his speech, monitored by the SITE Intelligence Group. “Soon, soon you will hear the cries of the mujahedeen, and their vanguards will surround you on a day you believe is far but that we see is close.

“Palestine will be your graveyard,” he said.

Some Islamist terrorists who are critics of Islamic State have accused the group of deliberately ignoring Israel, focusing instead on weak governments and instability in places such as Iraq and Syria. These remarks were not the first time IS has threatened Israel, but it has generally focused its attention on other enemies.

In his address, Baghdadi also denounced the United States, Russia, Saudi Arabia and China, as well as Kurdish and Shiite Muslims.

Another warning to Israel came Sunday from Hassan Nasrallah, leader of the Lebanese-based Shiite organization Hizbullah, who threatened to retaliate for the killing of key operative Samir Kuntar the week before in an airstrike in Syria believed to have been carried out by Israel’s military.

In remarks Sunday, IDF Chief of Staff Gadi Eizenkott referred to threats from both groups, saying it doesn’t take broad knowledge of security issues to “understand the sensitivity of these times.”

In recent weeks, the IDF stepped up training of its southern command units and held a surprise drill on its border with the Gaza Strip. Aside from the standing threat from Hamas and other terrorists in Gaza, the exercise included scenarios for more complex and far-flung threats.

According to Israeli media, the IDF trained last month for the possibility of an abduction of its soldiers by Islamic State forces. The exercise simulated a scenario in which Islamic State terrorists launched a missile attack on an Israeli tank along the border with Sinai, abducted several soldiers and pushed into Israel’s Negev desert.

The army medical corps has also been holding special drills, practicing setting up a field hospital in Eilat, as might be required in the case of a massive terror attack on the city.