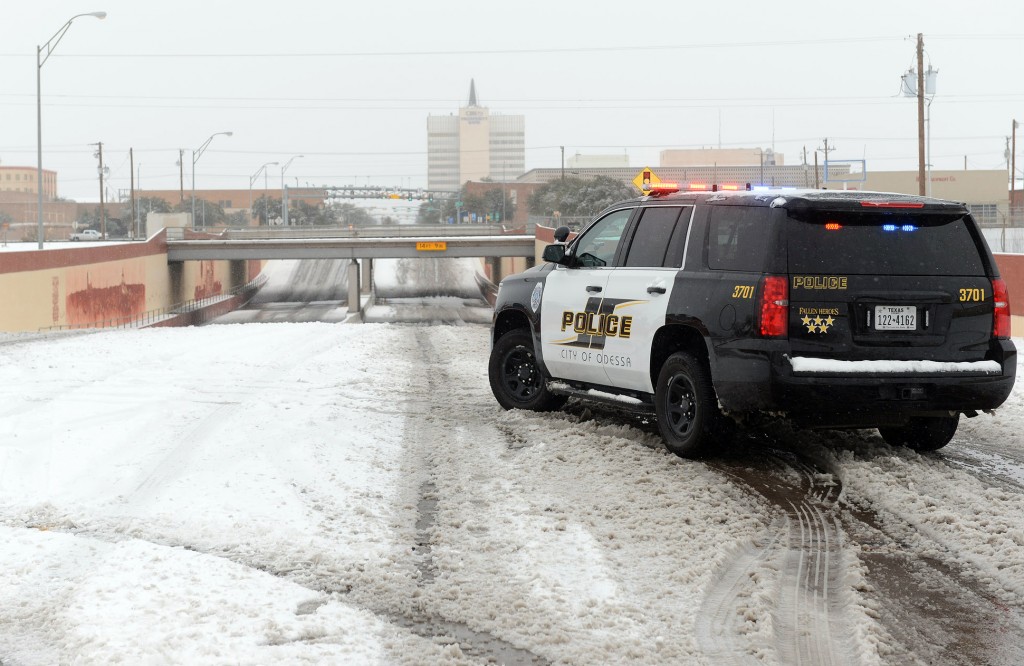 Texas officials say traffic on part of Interstate 10 in the western part of the state is slowly moving again after coming to a standstill due to icy conditions and multiple accidents.

Powell said traffic became snarled Sunday night and there were people who were “virtually stationary” in their vehicles overnight. He said that a fuel truck was patrolling the area.

Meanwhile, eastbound Interstate 40 is being reopened in eastern New Mexico after an extended closure due to the major storm that pummeled parts of the state.

The Department of Transportation says the freeway initially reopened Monday morning in Santa Rosa and Tucumcari. The next stages being reopened by late Monday morning are in Moriarity and Albuquerque.

The department also says its crews worked throughout the night to clear the highway, which was closed in eastern New Mexico over the weekend.

Elsewhere, some highways remain icy and snow-packed, and the department is advising drivers to use caution.

In Oklahoma, emergency officials say more than 50 people have been injured and about 175,000 are without power after a powerful winter storm blanketed much of the state with ice and brought flooding to eastern parts of the state.

Oklahoma Department of Emergency Management spokeswoman Keli Cain says there were no immediate reports of weather-related deaths, but the Oklahoma Highway Patrol is searching for two hunters missing in Kay County.

Patrol spokesman Lt. John Vincent says the men were reportedly in a boat on Kaw Lake. Vincent says rescuers found the capsized boat, but there were no signs of the men. The search resumed at daybreak Monday.

Car accidents from icy roads were reported across mostly central and western Oklahoma.