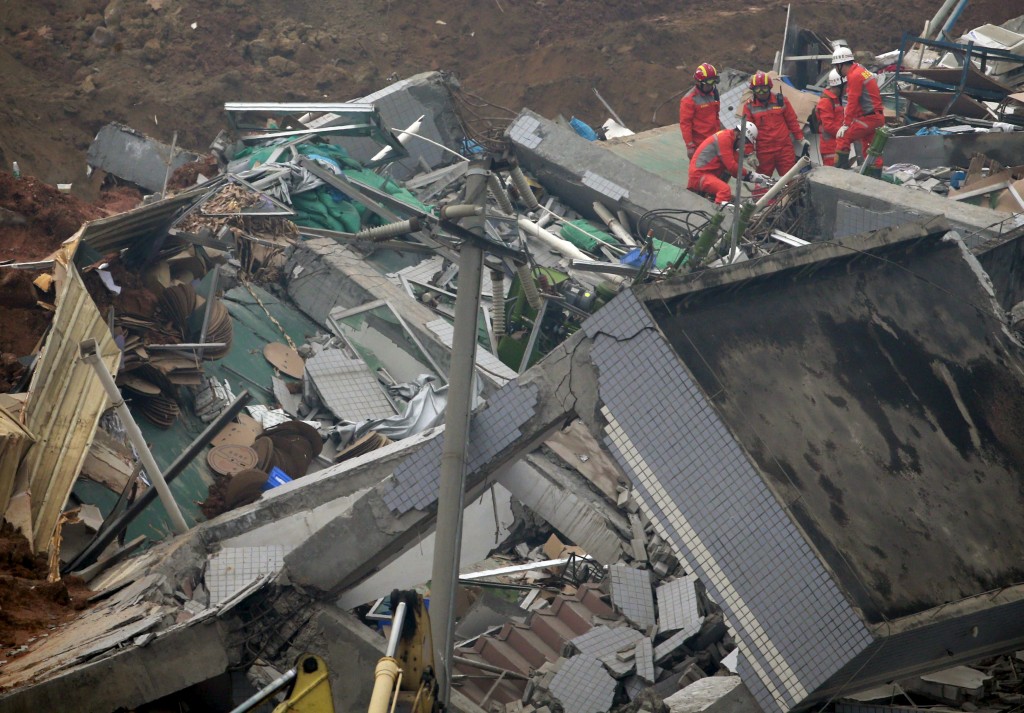 Police in China have detained 12 people in connection with a deadly landslide last week, including at least one executive from a company that ran a dump for construction waste, which swept through an industrial park, state media said on Monday.

The government has blamed breaches of construction safety rules for the disaster in the southern city of Shenzhen on Dec. 20, when the dump overflowed and engulfed 33 buildings, and it has begun an investigation.

At least seven people have been confirmed dead while more than 70 are missing.

In a brief report, the Xinhua news agency said police had taken “coercive measures” against 12 people, including “responsible people” from Shenzhen Yixianglong Investment Development, which ran the dump, using an expression which generally refers to detention.

Police would coordinate with the central government’s investigation and “handle in accordance with the law the criminal suspects,” Xinhua said, without elaborating.

Separately, a former senior Shenzhen official who was in charge of an agency responsible for regulating the waste heap, has committed suicide, police said.

The disaster is the latest deadly accident to raise questions about China’s industrial safety standards and lack of oversight over years of rapid economic growth.

Last week, an executive with a government-appointed monitoring agency said it had urged Yixianglong to stop work four days before the disaster, citing safety concerns.