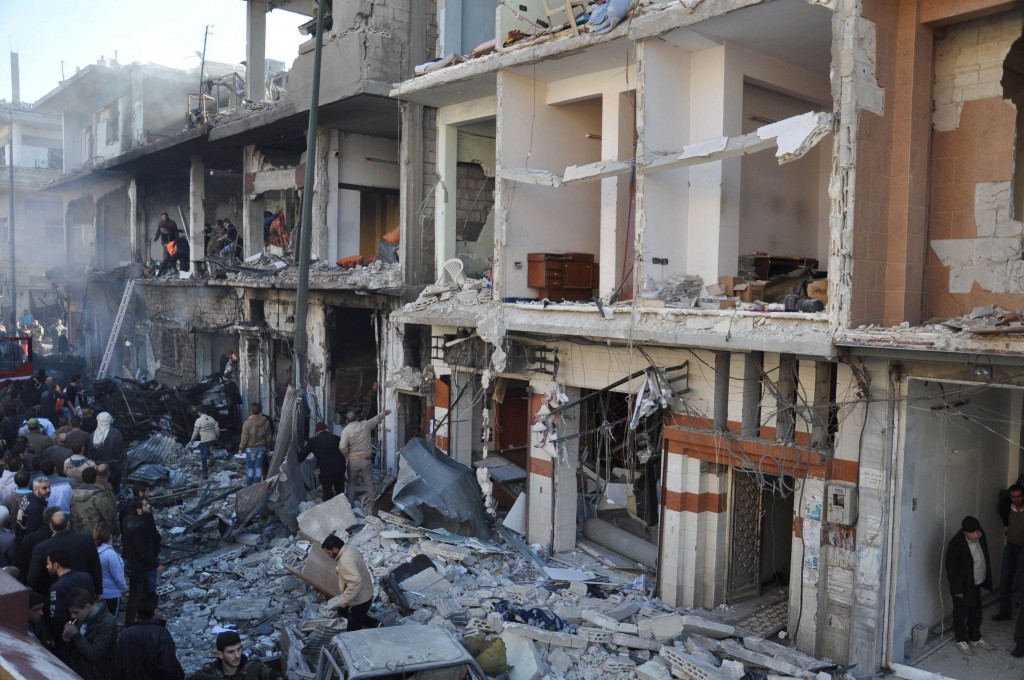 At least 32 people were killed and 90 wounded in two bomb explosions in the Syrian city of Homs on Monday, the monitoring group Syrian Observatory for Human Rights said.

The blasts, one from a car bomb and another from a suicide attack, struck the Zahra district in the middle of the city, said the Britain-based Observatory, which monitors the conflict through a network of contacts on the ground.

It was the second major attack in the city since a cease-fire deal took effect earlier this month, paving the way for the government to take over the last rebel-controlled area of Homs.

Twin blasts on Dec. 12, also in Zahra, killed at least 16 people. Islamic State claimed reponsibility for that attack, saying it had detonated a suicide car bomb.

Under the Homs cease-fire deal, at least 700 terrorists and members of their families left the last rebel-controlled area of the city, al Waer district. The United Nations presided over implementation of the deal.