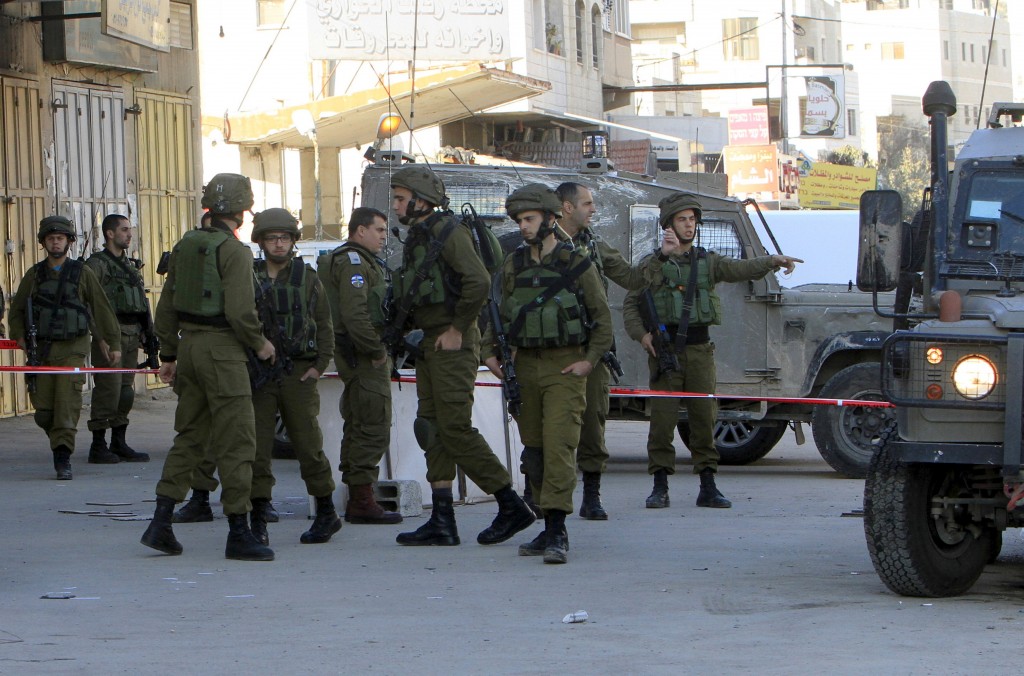 Two IDF soldiers in their twenties were injured in a stabbing attack Sunday afternoon at the Hawara checkpoint, south of Shechem.

Two Arab terrorists were shot dead during the attack; one soldier was lighted injured and the other is in moderate condition.

Initial reports were that two Arab terrorists approached a gas station near the checkpoint and stabbed an IDF soldier. Security forces shot and eliminated the terrorists at the scene, and during that, lightly wounded another soldier.

The injured troops received treatment on site from Magen David Adom paramedics. They were then evacuated to the Beilinson Hospital in Petach Tikvah.

The attack in Hawara was the fifth stabbing or attempted stabbing of the day on Sunday.

The Palestinian Ministry of Health said that the two Palestinian terrorists were relatives, one aged 17 and the other, 23.

The attack came shortly after Israeli police officers arrested a Palestinian man in the Old City of Yerushalayim who was in possession of a knife. The man aroused the suspicion of police while walking through the Muristan area in the Christian Quarter. When he was asked to show identification, he drew the blade, a police spokesperson said. No injuries were reported. The man’s identity wasn’t released, but police said he was a Palestinian from the Ramallah area who had entered Israel illegally. The suspect was taken in for questioning.