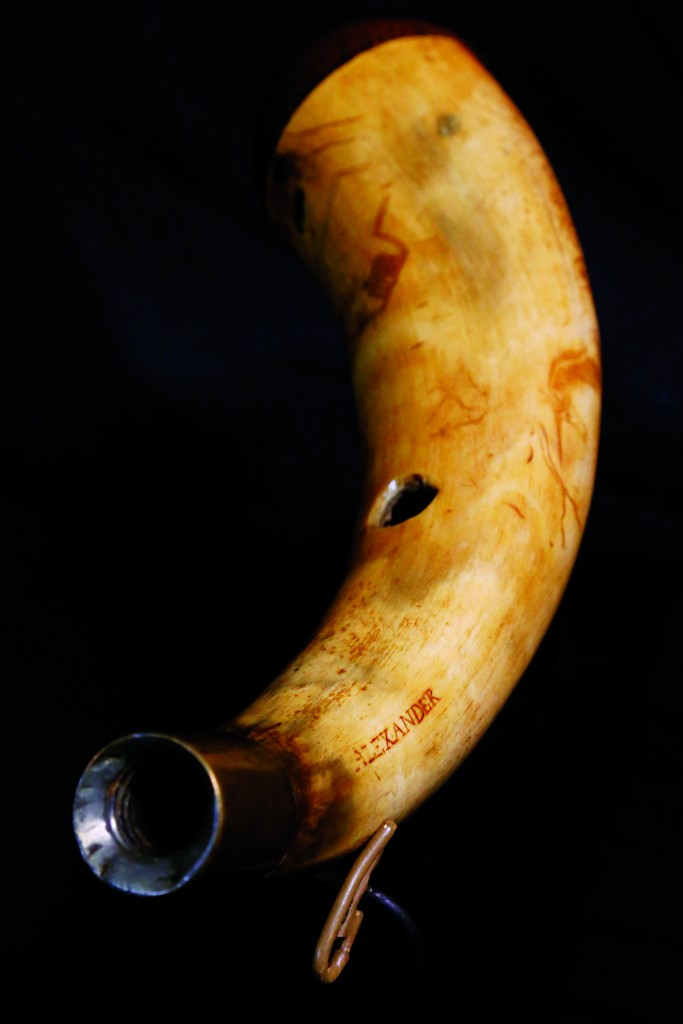 A New Jersey dentist believes an engraved piece of cow horn that goes up for auction next month symbolizes the American dream for a man who was key to the founding of the United States.

A descendant, an arms appraiser and a forensic documents expert said they believe Alexander Hamilton used the horn to carry gunpowder.

The powder horn is inscribed with his name and 1773, the year in which Hamilton, born in the Caribbean island of Nevis and later orphaned, entered what today is Columbia University. Hamilton would have used it leading troops during the Revolutionary War and as an aide to Gen. George Washington.

It could have been by his side above the banks of the Hudson River in Weehawken, N.J., when the nation’s first treasury secretary was mortally wounded in a duel with Aaron Burr in 1804 and died at age 49.

“It’s a symbol of hopes and aspirations, and it’s such a positive symbol of his future,” said Dr. Warren Richman.

Richman acquired it from a patient in 1990 and spent years trying to document its authenticity and studying its etchings. It goes up for auction on what would have been Hamilton’s birthday, Jan. 11.