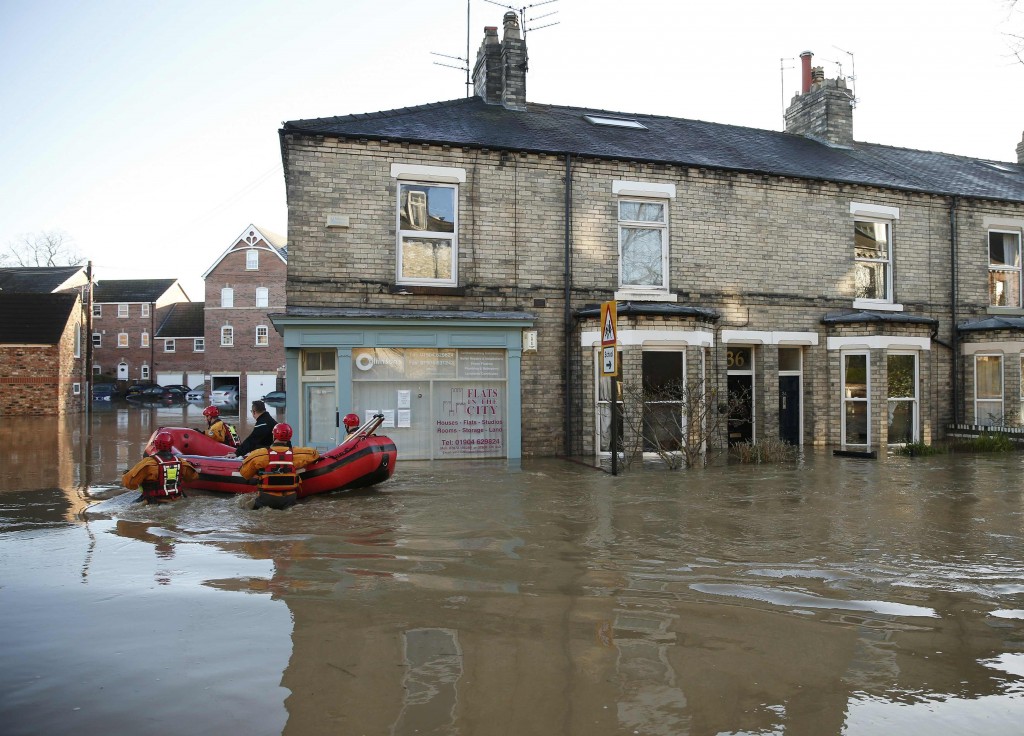 Hundreds more people have been told to leave their homes in northern England, as weeks of heavy rainfall continue to cause heavy flooding.

On Sunday, Police in the York area, 200 miles north of London, advised more than 300 people to leave their homes because of rising river waters.

Several hundred had been evacuated the day before, from the West Yorkshire and Lancashire regions, and officials said thousands had lost power.

The official Met Office weather service indicated that only small amounts of rain are expected in the flooded areas over the next day.

Hundreds of flood warnings and alerts remain in place in parts of England and Wales.