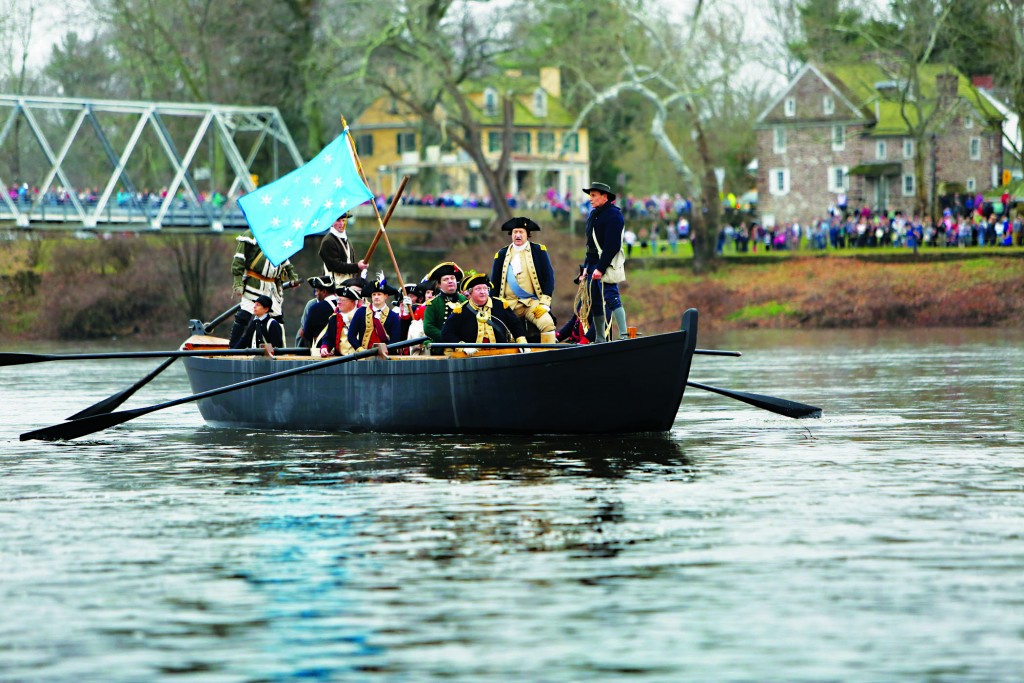 George Washington and his troops made their annual trip across the fog-covered Delaware River Friday, though with considerably warmer weather than the icy waters which greeted the Revolutionary War hero in 1776.

The re-enactors crossed the river between Pennsylvania and New Jersey on a 65-degree day, drawing families and fans of history. The trek turned the tide of the Revolutionary War.

John Godzieba portrayed Washington, leading troops in replica boats across the river, where they were met with cries of “Hoozah!” and a cannon blast.

During the original crossing, boats ferried 2,400 soldiers, 200 horses and 18 cannons across the river. Washington’s troops marched 8 miles downriver before battling Hessian mercenaries in the streets of Trenton.

Thirty Hessians were killed, and two Continental soldiers froze to death on the march.