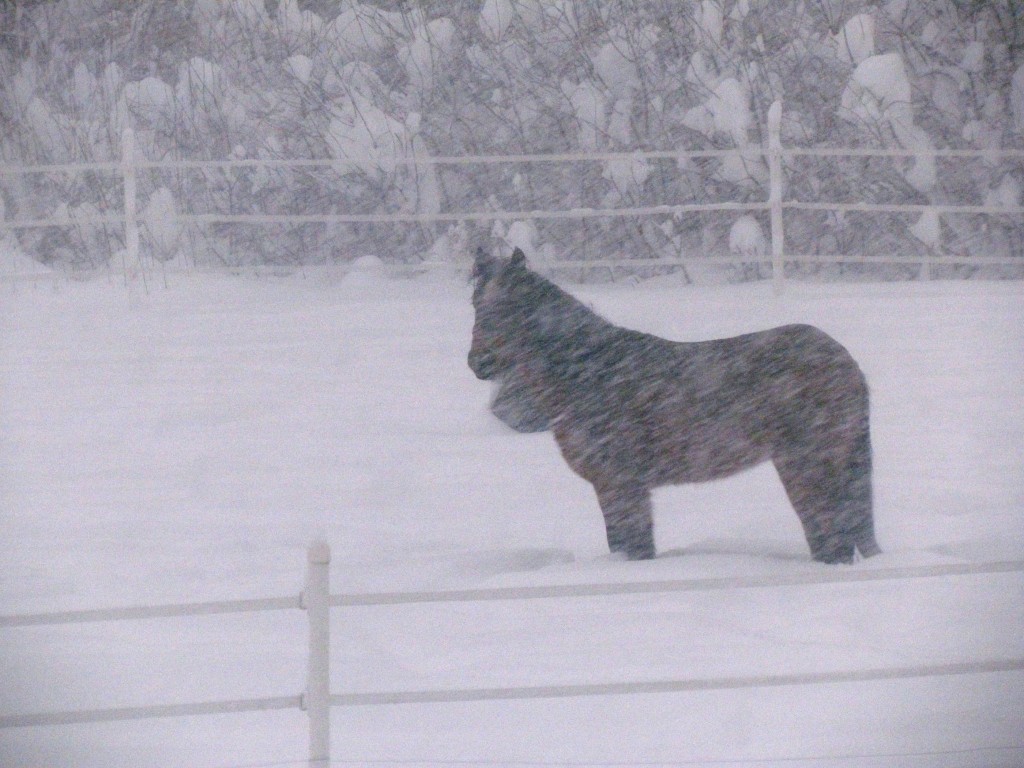 New Mexico’s governor declared a state of emergency on Sunday as residents dealt with the fallout of a crippling snowstorm.

Crews were working around the clock on clearing roads and conducting any needed search-and-rescue operations, Gov. Susana Martinez said in a statement, in which she also urged safety.

“I ask New Mexicans to please stay off the roads until the conditions improve,” Martinez said.

In Albuquerque, police have responded to more than 200 weather-related accidents. At least 58 involved injuries, according to police.

Blizzard-like conditions have led to icy roads and numerous closures on major freeways statewide. A stretch of Interstate 40 leading to the Texas border was closed indefinitely because of hazardous driving conditions. Packed hotels along I-40 had to turn people away Saturday night, police spokesman Fred Duran said.

The city has 16 plows patrolling the area and trying to keep up with the continuous snow. Crews have been mopping up snow throughout the day and will work into Monday morning to tackle icy areas before rush hour, officials said.

Officials at Albuquerque International Sunport said the impact on flights so far has been minimal. Anyone driving on the roads around the airport should use caution, Sunport spokesman Daniel Jiron said.

The National Weather Service says it is expecting historic snowfall totals. According to meteorologists, metropolitan Albuquerque received as much as 6 inches of snow within 24 hours.

Eastern portions of the state were hit especially hard. In Roswell, city officials reported receiving between 14 and 18 inches of snow since Saturday afternoon, with another 8 inches on the way. Meteorologists said some areas saw 5- to 12-foot snow drifts and winds up to 70 mph.

The stormy weather is expected to lighten up by Monday morning, according to Albuquerque meteorologist Chris Luckett.