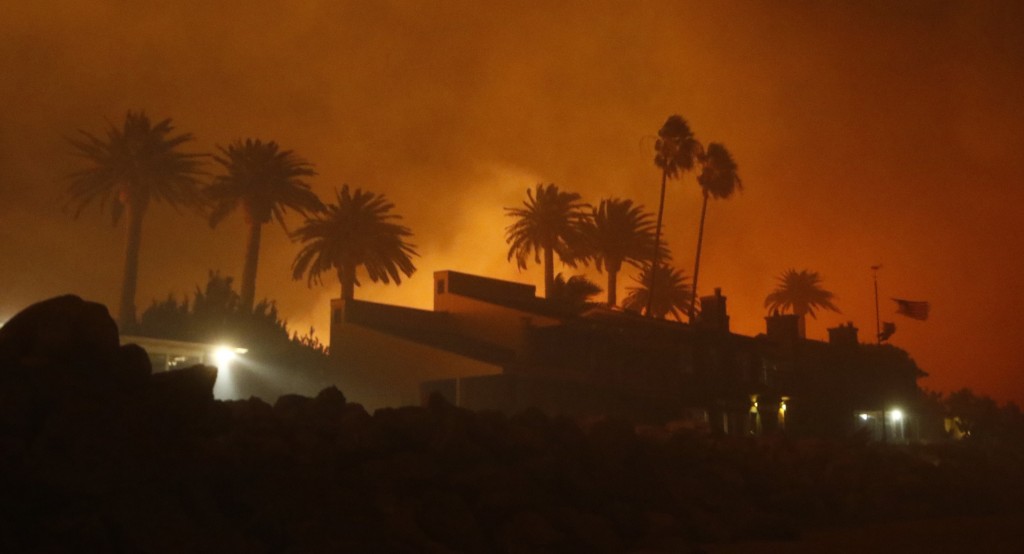 Fire crews have stopped the spread of a wind-whipped wildfire along the southern California coast, reopened a scenic highway and lifted an evacuation order for dozens of homes.

The 1,238-acre blaze in the steep foothills northwest of Ventura was 60 percent contained by nightfall Saturday and no homes had burned, fire officials said at a news conference.

“We made tremendous progress today,” said Tom Clemo, deputy fire chief from the neighboring city of Santa Monica, which aided the firefighting effort. “Despite the challenges of high winds, steep terrain, significant brush, we were able to bring a stop to all forward progress of the fire.”

About 600 firefighters from various agencies, aided by water-dropping helicopters, fought the blaze during the day. About 400 were expected to remain on the line overnight.

The fire began late Friday night and winds gusting to 50 mph pushed the flames down hills and over roads and railroad tracks, showering sparks on homes in coastal communities, fire officials said.

However, the winds had died down by early afternoon. The evacuation order was lifted by nightfall and a stretch of the scenic Pacific Coast Highway was reopened.

At its peak, the fire closed a 15-mile stretch of an adjacent, six-lane freeway, U.S. 101. It was reopened Saturday afternoon.

The freeway is a major route connecting northern and southern California and its closure forced motorists to travel on narrow backcountry roads.

“We had multiple motorists stranded with the flames impinging on the highway,” Ventura County Fire Battalion Chief Fred Burris said earlier in the day. “We had motorists making U-turns going opposing directions on the freeway with other motorists, not realizing the situation.”

A downed power line on private property is believed to have sparked the fire, which had burned 1,250 acres by Saturday afternoon, said Tom Kruschke, a spokesman for the Ventura County Fire Department. He didn’t know the identity of the power line’s owner. Wind may have felled the power line, he said.

Two firefighters suffered minor injuries, one to a knee and one to an ankle, Kruschke said.