Israel Bus Fares, Water Costs to Be Slashed by 17%
Israel 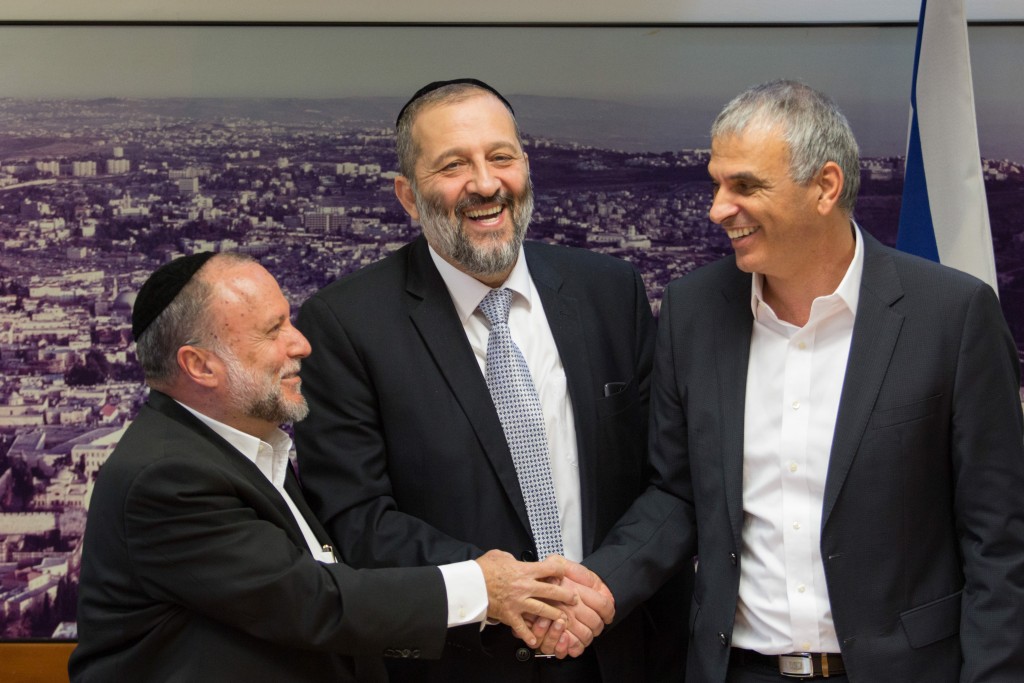 Bus fares and charges for water will be reduced by 17% in the coming weeks, after an agreement on the matter was reached by Negev and Galilee Affairs Minister Rabbi Aryeh Deri and Finance Minister Moshe Kachlon. The move will cost the Treasury about one billion shekels, officials of the ministries said.

The decision comes as a compromise to Deri’s initial demand that the government remove Value Added Tax (VAT) sales taxes from public transportation and water costs. Those demands were part of Deri’s Knesset campaign, and according to him, he had an agreement with Prime Minister Binyamin Netanyahu that the cuts be made as part of Shas’s coalition agreement.

Shas, which has positioned itself as the “party of the poor,” campaigned on a platform calling for the cancellation of VAT on basic products. VAT is a sales tax that is levied on all product transactions on the manufacturing, wholesale, and retail level, and on many services. The tax can be imposed on raw materials and a finished product separately, and currently accounts for 17% of the price of retail goods and services,

Government officials were reticent to eliminate VAT from the cost of water and transportation, however, because that would have required the VAT law be changed. The new 17% discount achieves the same result, and can be implemented without needing to resort to legislation, officials said.